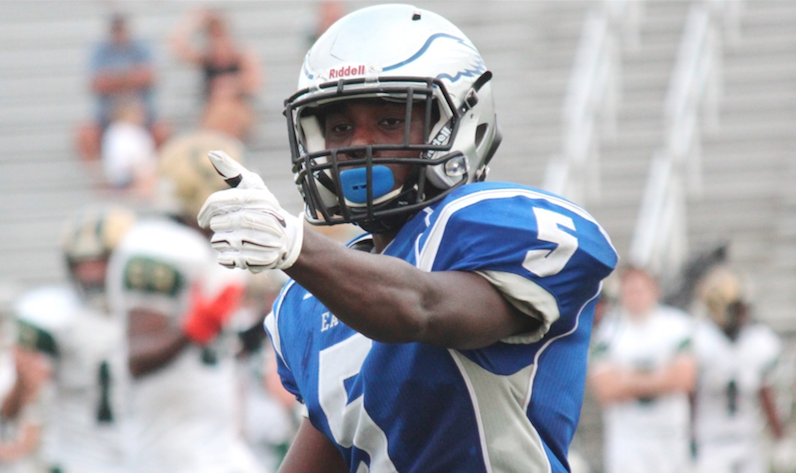 For years, Virginia cleaned up on the recruiting trail in the Tidewater portion of the state. Five-star recruits such as Andrew Brown, Quin Blanding and Taquan “Smoke” Mizzell all spurned offers from all over the country, opting instead to stay in-state and play for the Cavaliers.

Bronco Mendenhall didn’t sign any recruits from the “757” area code this past year. Jeremiah Owusu initially gave a verbal, but he ultimately chose Notre Dame on Signing Day.

The Wahoos have been hot on the recruiting trail lately, though. Their eighth commitment of the 2018 cycle came from the Hampton Roads area with Virginia Beach athlete Joseph White pledging.

The 6-2, 175-pound White drew recruiting interest on both sides of the football: as a wide receiver and defensive back. He chose UVA over the likes of Charlotte, East Carolina, NC State and Wake Forest. The Demon Deacons were a close runner-up.

In-state rival Virginia Tech offered White on May 4 as well. The Hokies have often lured in talents with two-way versatility similar to White, but this time UVA sealed the deal.

White indicated that he “will be playing DB, most likely the saber back, which is a safety position.” Statistically, he’s coming off a very productive junior campaign at Landstown High School. Last fall, he caught 45 passes for 850 yards and six touchdowns while also leading the Eagles in interceptions with seven, returning two for touchdowns. That earned him second-team All-State honors at defensive back, plus All-Conference first team on each side of the ball.

Former NFL running back and Missouri standout Tommy Reamon, who groomed pro quarterbacks such as Michael Vick and Aaron Brooks in high school, is the head coach at Landstown.

White, whose father is a police officer, took in visits to Georgia, ODU and Wake Forest, in addition to UVA. Former teammate LaRonde’ Liverpool currently plays at Wake Forest.

White is willing to play on either side of the ball in college. The rising senior enjoys playing defense and embraces the physical nature that comes with tackling.

Watch a full video interview with Joseph White from May 2 here: