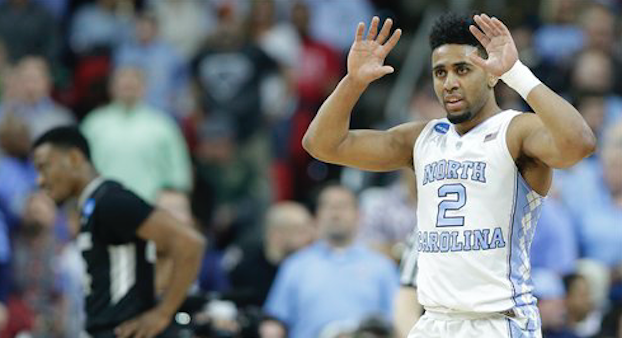 North Carolina is setting itself up to have point guard depth if Joel Berry leaves after the 2016-17 season. (AP Photo)

After blossoming into one of the best point guards in the ACC as a sophomore this past season, Joel Berry will return to North Carolina next year as the most important piece on the Tar Heels’ roster.

While UNC will be tasked with replacing key seniors in Brice Johnson and Marcus Paige, head coach Roy Williams has to feel good about his point guard situation going into the 2016-17 campaign. In Berry, he’ll have an All-ACC candidate, while rising senior Nate Britt and incoming freshman Seventh Woods will provide valuable depth.

With a productive junior season, Berry could be NBA-bound this time next year, and Britt will be graduating out of the program along with reserve point guard Stilman White.

Williams is ensuring he’s prepared for such a scenario.

Point guard depth has been a priority for the Heels, particularly since the 2012 NCAA Tournament, when injuries to Kendall Marshall and Dexter Strickland left White logging his first two career starts in the Sweet 16 and Elite Eight.

Since that year, Williams has signed a point guard in every recruiting class except his 2015 group, and UNC has commitments at the position in every future class all the way up through 2018.

In Woods, the Tar Heels have…