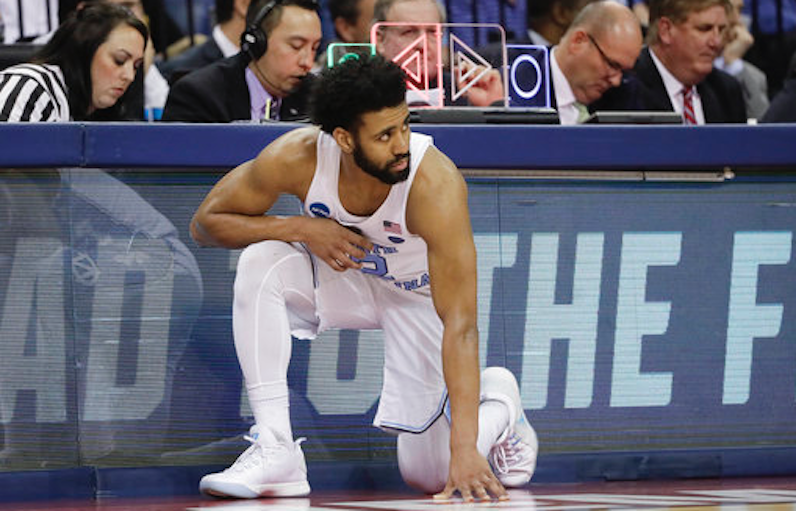 Joel Berry has been a key part of UNC's success this season. (AP Photo)

For the fifth time in his 14 seasons as North Carolina’s head coach, Roy Williams has the Tar Heels in the Final Four. As UNC battles for what would be its sixth NCAA Tournament title, Williams will try to keep the success rolling in the coming years.

Following this year’s run, Kennedy Meeks, Isaiah Hicks and Nate Britt will graduate out. Furthermore, Justin Jackson projects as a surefire first-round selection in the upcoming NBA Draft. Assuming all of those pieces will be gone, UNC faces challenges ahead.

However, the Tar Heels return plenty of quality pieces as well. Should he hold off on going pro, point guard Joel Berry is one of those pieces; he’ll be on the radar for All-American honors in 2017-18. Promising freshman big man Tony Bradley is also expected back.

With Meeks and Hicks gone, UNC will need a rebounder. Bradley will have a chance as a sophomore to emerge as the program’s top big man. Incoming freshmen Brandon Huffman and Sterling Manley are not McDonald’s All-Americans, but they will provide depth.

UNC will be looking to Kenny Williams to step up as an outside shooting threat. Theo Pinson will return as an athletic presence on both ends of the floor. Sophomores Seventh Woods and Brandon Robinson, along with incoming freshman guards Jalek Felton and Andrew Platek, will also seek to earn prominent roles in Carolina’s backcourt rotation.

North Carolina’s chances of reaching a third straight Final Four get a lot better if 5-star forward Kevin Knox signs with the program. After multiple visits to Chapel Hill in recent months, Knox has the Tar Heels among his finalists. UNC won’t know until sometime in April what Knox is going to do; however, should he sign with the Tar Heels, they will have a ready-made replacement for Jackson.

Roy Williams has pursued numerous eventual one-and-dones in recent years. But unlike earlier in his tenure, when he landed Marvin Williams and Brandan Wright, Williams missed out on recent talents such as Brandon Ingram and Harry Giles.

On the court, though, Williams has kept the Tar Heels rolling. UNC’s last two Final Four teams have been veteran-laden squads, and player development has been a success.

If everything falls into place, UNC should be in position next season to challenge for yet another Final Four berth. Beyond that, it’s going to take superior coaching from Williams, and a supreme effort on the part of UNC’s youth, to rise to the occasion.

READ MORE: Luke Maye is more than a one-hit wonder for UNC