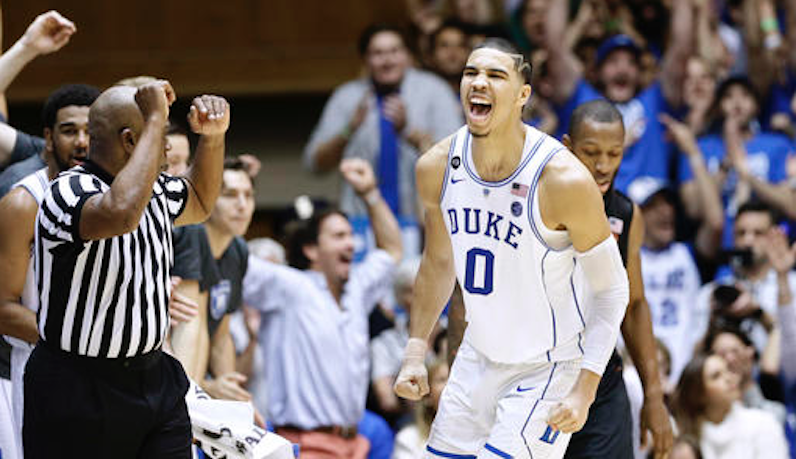 Since the inception of the 15-school ACC era, Duke has added a national championship to its storied resume. Last season, UNC picked up ACC regular-season and tournament titles, and came within a buzzer-beater of another NCAA title. This winter, the Tar Heels are once again standing atop the league standings in late January.

The Blue Devils and Tar Heels have maintained this success in different ways.

Over the last five years, Duke has had significantly more roster turnover than the Tar Heels, which has been a mixed blessing. The Blue Devils have featured a wealth of elite talent, rivaled only by Kentucky on the national stage. But Mike Krzyzewski and his staff have been forced to adjust to rapid-fire turnover, along with younger rosters on the whole.

UNC’s Roy Williams had to deal with the one-and-done departures of Marvin Williams and Brandan Wright early in his tenure in Chapel Hill. Recent Tar Heel rosters have had a more old-school look, with a variety of veterans mixed together with youngsters.

Over the five-class period from 2012-16, Duke signed a total of 20 players, including its current freshman class. Five of those signees — Jabari Parker, Justise Winslow, Tyus Jones, Jahlil Okafor and Brandon Ingram — were one-and-done players.

UNC signed 15 players over that same period, without any one-and-dones. The Tar Heels, in fact, haven’t had a one-and-done since Wright, played in the 2006-07 college season.

After missing out on numerous elite talents, as well as watching most of his current players stay three or four years, Williams’ focus has modified. Taking advantage of the extra time to work with his players, Williams doubled down on long-term development with positive results.

Brice Johnson, who received a relatively late scholarship offer from Williams the summer prior to his senior year, became a first-team All-ACC performer as a senior.

This season, senior big men Kennedy Meeks and Isaiah Hicks are taking advantage of their collective experience to help UNC lead the nation in rebounding margin. Hicks and Meeks, along with juniors Joel Berry and Justin Jackson, give the Tar Heels one of the top veteran rotations in the country.

In the 2015 class, the Tar Heels signed Luke Maye and Kenny Williams, who were largely overlooked by most other ACC programs. But both have developed into key role players this season for UNC.

Despite a recent rough patch, Duke aims to regroup to make another NCAA run.

The times have changed, but Duke and UNC have continued to stand apart in the post-expansion ACC era.