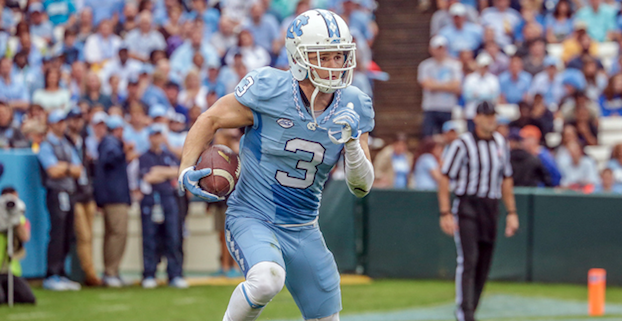 A year after winning its first Coastal Division title, North Carolina is looking to take the next step and win an ACC Championship in 2016. One of the Tar Heels’ top players is also aiming for a lofty individual goal.

Senior Ryan Switzer is one punt return for a touchdown away from tying Wes Welker and Antonio Perkins for the NCAA record (8). In an interview with The David Glenn Show, the wide receiver made it clear that he’s gunning for that record.

“The all-time touchdown punt return record is out there, and that would solidify myself as the best punt returner ever, which I already think I am,” Switzer said. “There’s a lot of things that I want to accomplish in this next year. I’ve worked so hard to be productive my final year and go out with a bang.”

Other topics of conversation discussed included Switzer’s thoughts on UNC no longer selling jerseys with numbers of popular players and his relationship with new starting quarterback Mitch Trubisky. Click below to hear the full interview: