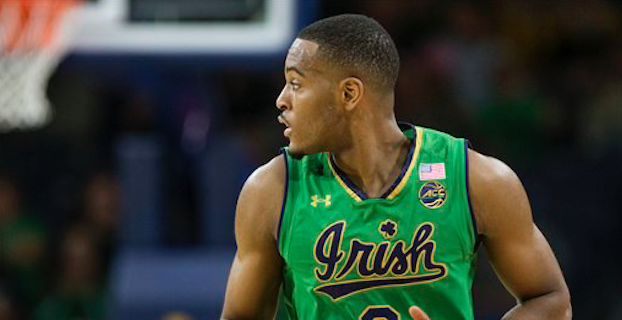 Everyone knew that Duke and North Carolina were going to be major players in the ACC this basketball season. Even after early slip-ups, the Tobacco Road rivals remain in the AP top 10.

Virginia and Louisville — two of the other usual suspects — have also settled into the top 15 as the Cavaliers and Cardinals have each gotten off to 8-1 starts.

But nearly a month into the season, it’s another league team that stands as the only undefeated squad in the conference. That’s Notre Dame, which holds a 9-0 mark.

Coming off back-to-back Elite Eight appearances, Notre Dame was tasked with some rebuilding this winter. The Irish have been playing balanced, high-scoring basketball with a team that is more veteran-laden than some might know.

Four of the holdovers from Mike Brey’s two Elite Eight teams — seniors V.J. Beachem and Steve Vasturia, and juniors Bonzie Colson and Matt Farrell — are doing much of the legwork and handling most of the scoring. Colson (17.1 PPG), Beachem (16.8 PPG) and Vasturia (16.4 PPG) all sit among the league’s top 15 in scoring average. Colson is leading the ACC in rebounding, hauling in 11.1 boards an outing.

Farrell had big shoes to fill stepping into the starting lineup this season. Replacing Jerian Grant and Demetrius Jackson, who parlayed excellent junior seasons into NBA Draft selections the last two years, Farrell is averaging better than five assists and a steal per game, while providing poised floor leadership.

Notre Dame’s schedule hasn’t been too daunting yet. But the Irish will get tested on Saturday as they take on Villanova at the Prudential Center in New Jersey. Jay Wright’s defending national champions have also gotten off to a 9-0 start.

Notre Dame, now at No. 23 in the AP poll, has returned to the national rankings thanks to its quality start. A win over Villanova would catapult the Irish back up among the ACC’s elite, just in time for conference play.