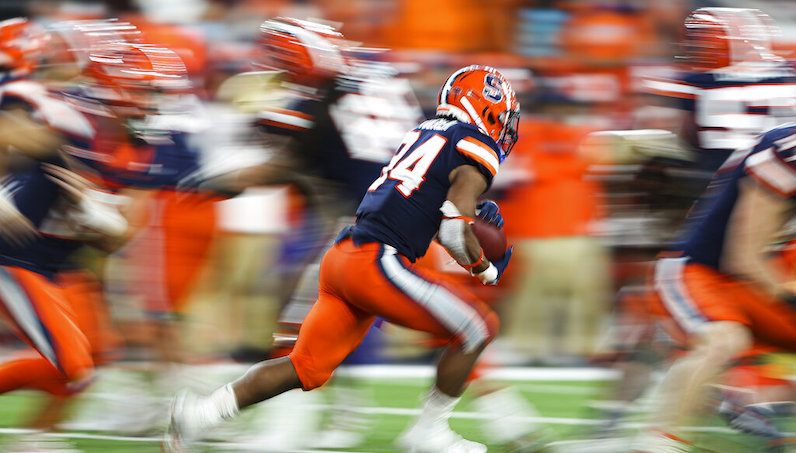 After a solid freshman season, Sean Tucker made a massive leap in 2021 — becoming the ACC’s leading rusher with 1,496 yards (No. 6 FBS). As the featured player on Syracuse’s offense, Tucker was prolific: 1,751 yards from scrimmage and 14 touchdowns on 266 touches.

Tucker became just the sixth ACC player since the 2000 season to run for 1,400+ yards and average more than 6.0 yards per carry.

That’s rather impressive company for Tucker to keep. Jackson, Etienne and Cook are some of the best offensive players in ACC history.