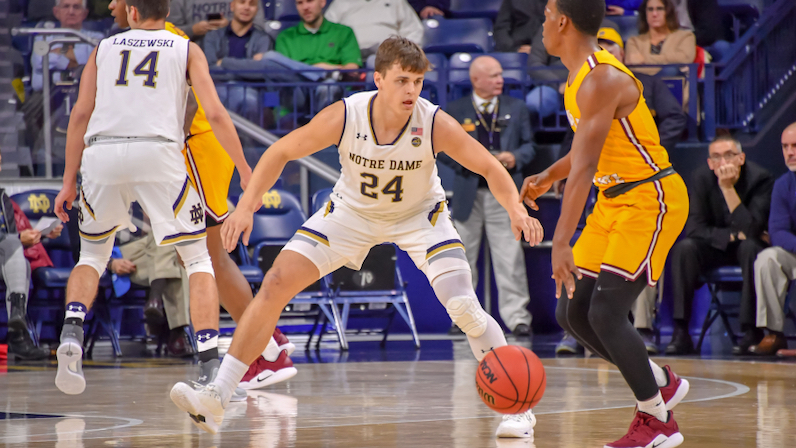 A former 100-prospect in the 2018 recruiting class, Carmody has been unable to get his career off the ground in South Bend due to injuries. Last December, Carmody suffered a knee injury (torn left ACL) against Maryland, which cost him the rest of the 2019-20 season. Prior to the injury, he averaged 5.4 points and 1.6 rebounds per game.

During his freshman season, Carmody appeared in just nine games (two starts) due to a partially torn labrum in his left shoulder. All in all, the 6-foot-5, 200-pound Carmody has played in just 16 games since arriving at Notre Dame.

The recovery time is projected to be six to eight weeks.

Carmody will likely miss the start of the 2020-21 season. Mike Brey’s club will need even more from Prentiss Hubb, Dane Goodwin (one of the more unheralded players in the ACC) and Cormac Ryan.