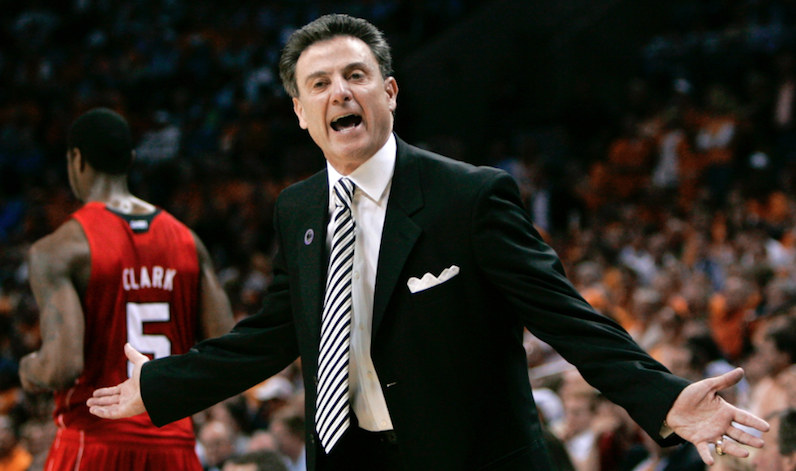 Louisville will start its 2017-18 ACC slate without Rick Pitino on the bench. (AP Photo)

The NCAA handed down sanctions to Louisville on Thursday that included a five-game suspension for head basketball coach Rick Pitino.

In its infractions report, the NCAA concluded that former director of basketball operations Andre McGee “committed serious violations by arranging striptease dances and sex acts for prospects, student-athletes and others, and did not cooperate with the investigation.”

Louisville received four years probation, while Pitino must sit out the Cardinals’ first five ACC games next season. The NCAA handed McGee a 10-year show-cause penalty. Also included was a vacation of basketball records while ineligible players competed from December 2010 to July 2014.

The report did not specify whether or not the basketball program will have to vacate its 2013 NCAA Championship. The school has 45 days to self-report to the NCAA which games were impacted by ineligible participants.

Other penalties: Reduction of four scholarships over the four-year probation period, recruiting restrictions and a $5,000 fine (plus revenue earned in postseason appearances from 2012-15).

The school’s interim president, Greg Postel, announced Thursday that the university plans to “appeal all aspects of the penalties.”

The NCAA accepted the basketball program’s self-imposed postseason ban for the 2015-16 season.