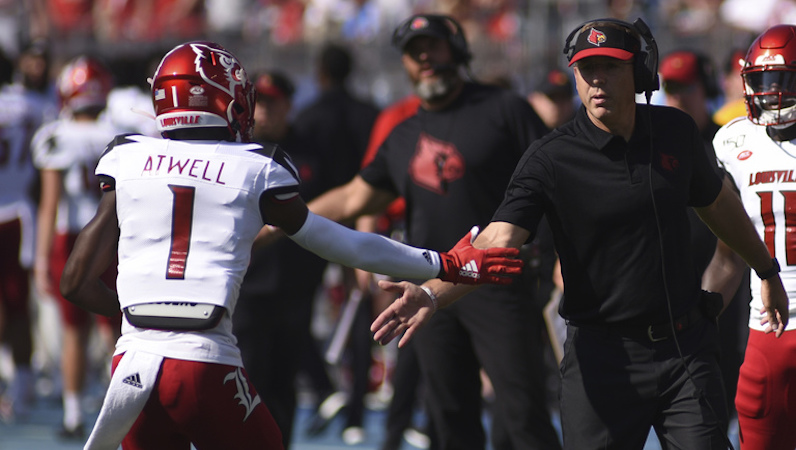 Louisville football added an extra boost to its defensive secondary: Liberty transfer Kei’Trel Clark had his waiver approved. Clark is immediately eligible to play for Louisville in 2020.

After playing in 13 games during the 2019 season at Liberty, Clark is a sophomore — with three years of eligibility remaining. During his freshman season, Clark started seven games: 38 tackles (seventh most on the roster) and six pass breakups.

played in all 13 games at Liberty last season and will have three seasons of eligibility remaining. As a freshman, he started seven games at cornerback and finished with 38 tackles and six pass breakups

Louisville CB Kei’Trel Clark, a transfer from Liberty, has been granted a transfer waiver & is immediately eligible. Clark started 7 games last year as a freshman

Clark committed to Louisville in early July. Since then, though, as Louisville awaited a ruling, Clark turned heads on the practice field.

Atwell, Hawkins give Louisville a dynamic duo at the skill positions