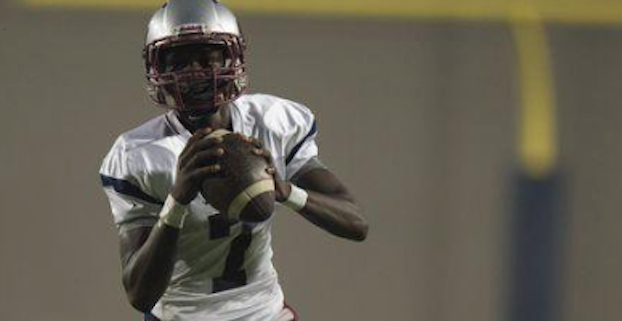 Louisville has gotten off to a little bit of a slow start in the 2017 recruiting cycle compared to some of its ACC rivals, but the Cardinals’ first commitment in the rising senior class is a player who could wind up being a key component of the team’s offense in the coming years.

On April 16, following the conclusion of its spring game at Papa John’s Cardinal Stadium, Louisville accepted a commitment from Malik Cunningham, a consensus 3-star signal-caller from Montgomery, Alabama. Rivals.com lists Cunningham as the nation’s No. 17 dual-threat quarterback in the 2017 class and the No. 23 prospect in his state.

A prep teammate of Louisville 2016 signee P.J. Blue at Park Crossing High School, the 6-0, 190-pound Cunningham is yet another dual-threat signal-caller for the Cards to go along with others on the current roster such as Lamar Jackson and Reggie Bonnafon, as well as incoming freshman Jawon Pass. Cunningham is the second pledge for the team so far in the 2017 class, joining T.J. Jallow, a safety currently attending East Mississippi Community College.

While some of those schools liked him more as a wide receiver than quarterback, his athletic potential is undeniable. Kentucky was the first to jump on board last November, and LSU would follow during the winter.

Georgia Tech, which liked Cunningham’s potential to manage its spread-option offense, extended a scholarship offer in early March. But Louisville moved quickly in mid-April, taking advantage of Cunningham’s visit for the spring game to put on the hard sell and ultimately land his pledge.