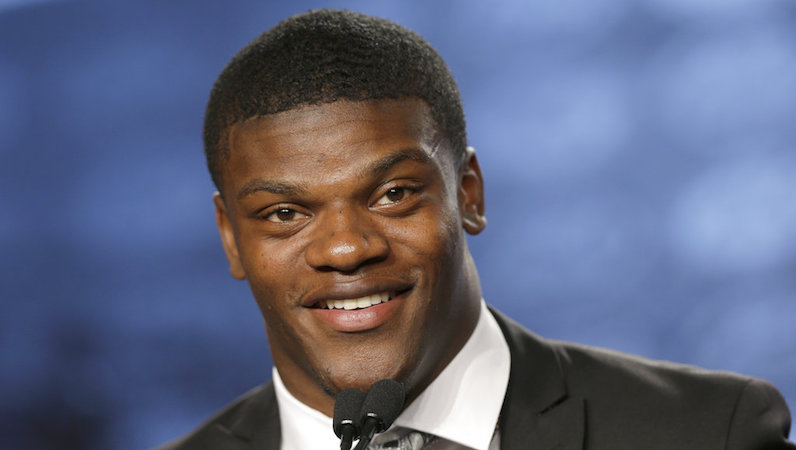 In the world of college football, few stars are currently burning brighter than that of Lamar Jackson.

Louisville’s junior quarterback, who is a highlight waiting to happen, was in attendance at the 2017 ACC Football Kickoff in Charlotte.

Jackson joined the David Glenn Show at the event; DG and LJ talked about a variety of topics: the complexities of a college playbook, what it was like to win the Heisman Trophy, and his mom’s tackling skills.

Dave Doeren: “We care about where we finish the season,” not where we start