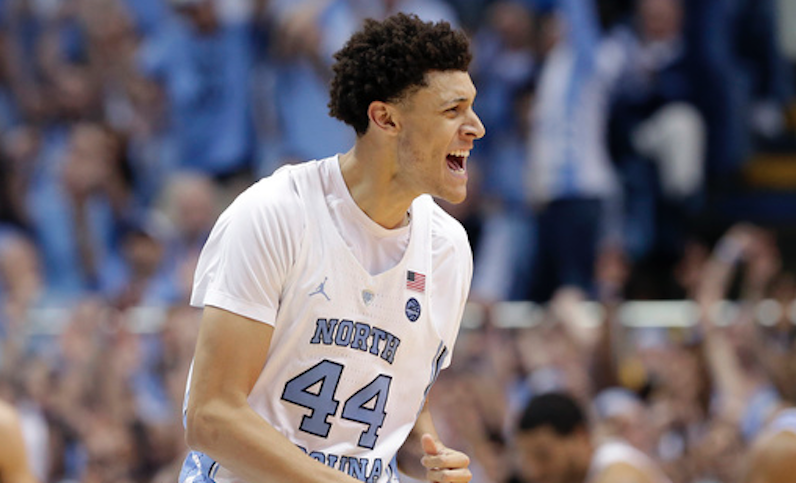 Draft gurus have consistently viewed UNC’s Justin Jackson as NBA first-round material throughout this season. But coming off ACC Player of the Year honors, Jackson is seeing his stock rise considerably.

The most recent DraftExpress 2017 mock draft projects Jackson at No. 13 overall. CBS Sports prognosticators Howard Megdal and Gary Parrish have each projected Jackson at No. 18. NBADraft.net isn’t quite as eager to move Jackson up as he sits at No. 24 there.

Ranging from No. 13 to No. 24 in the first round, Jackson is a player on the cusp of the lottery.

The junior’s versatility as an inside-outside wing is one of the biggest reason pro scouts are high on him. At 6-8, he can be deadly along the perimeter with excellent size, yet he can also do work around the basket.

Jackson’s improved three-point shooting is another key factor in his recent rise. After shooting under 30 percent from beyond the arc a season ago, Jackson is now shooting 37.7 percent from long range. That consistency has benefitted Jackson significantly. The small forward has also improved his free-throw shooting and rebounding.

Jackson takes advantage of opportunities around the rim. Sometimes they come from an alert defensive play. Other times it’s a well-timed offensive rebound and quick putback. On even more occasions, it’s a layup or dunk in transition; any way he gets them, Jackson has a knack for getting buckets.

The NBA franchise that calls Jackson’s name won’t have to worry about any off-the-court red flags. The wing has generated positive headlines throughout his three-year North Carolina career.

With a strong NCAA Tournament, Jackson just might compel a franchise to select him in the upper half of the first round. If his last two postseasons serve as any indication, he’ll be heating up even more as the Tar Heels look to make a run.