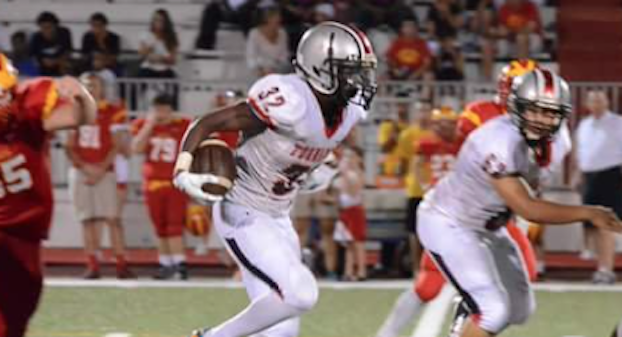 North Carolina’s start to the 2017 recruiting cycle has been as good as just about any team in the ACC. Of the six players who committed to the Tar Heels between October and February, five are consensus top-10 in-state players, and each one possesses a 4-star ranking according to at least one major recruiting service.

This week, UNC received a commitment from a talented out-of-state prospect.

According to multiple reports, rising senior running back Adarius Lemons informed the Tar Heel coaching staff on Thursday night that he would be playing his college football in Chapel Hill. The Clearwater, Florida, native is the first running back to pledge to the program’s 2017 class.

As a junior at Clearwater High School last fall, Lemons rushed for 1,054 yards and 11 touchdowns on 7.8 yards per carry, per MaxPreps. That followed a sophomore season during which he carried the ball 128 times for 932 yards and nine scores.

Lemons is ranked the No. 14 running back in his class and the No. 174 senior overall according to 247Sports’ composite rankings. Following his commitment, UNC’s 2017 group is ranked No. 8 nationally.