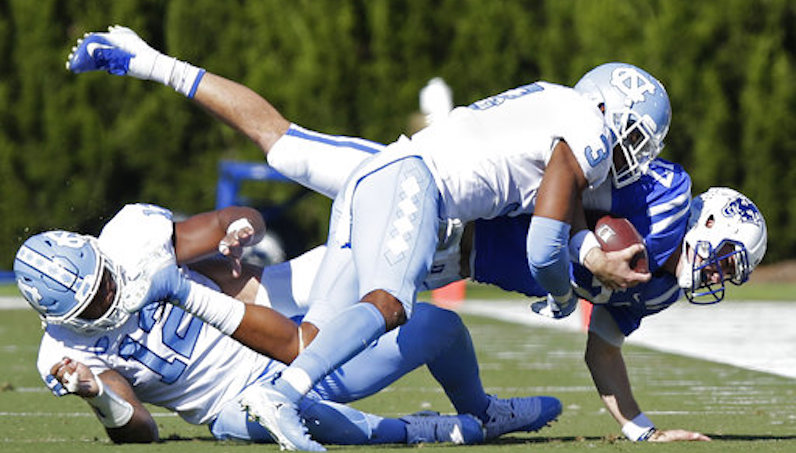 One of the top prep football players in the state of North Carolina — defensive end Myles Murphy — will announce his later in the afternoon on Monday, July 8. A consensus 4-star prospect in the 2020 class, 247 Sports grades Murphy as the No. 96 overall player in his class and one of the five best players in North Carolina.

Murphy has narrowed his list of schools down to four programs: North Carolina, South Carolina, Alabama and Florida. For a while now, Murphy was expected to be a Gamecock; however, UNC and Mack Brown have built up some recent momentum.

Over the last two months, Murphy has taken official visits to all four schools; most recently, though, he visited Chapel Hill in late June. (UNC and South Carolina open the 2019 season against one another in Charlotte.)

Murphy, who hails from Greensboro, will play his prep ball for Dudley High School in the 2019 season. The 6-foot-4 Murphy weighs in a 280 pounds, too, per 247 Sports. Last season while at Southwest Guilford (HS), Murphy recorded 10 sacks and 18 tackles for loss.

He will announce his decision at 3 p.m. on Monday.