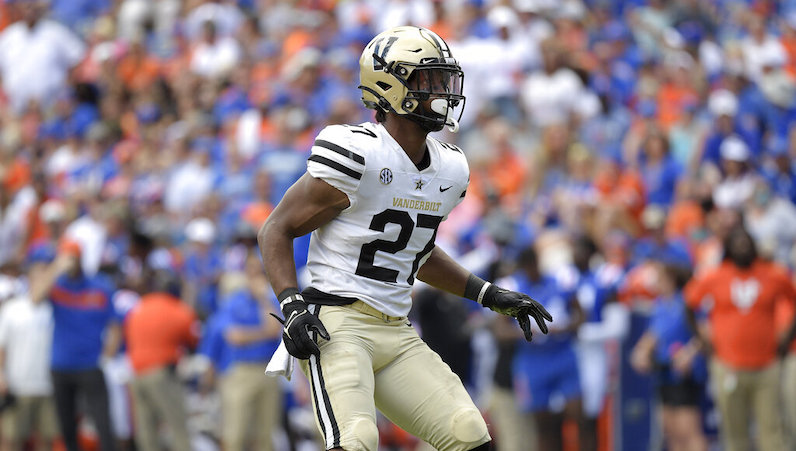 It’s never too late to add talent: Brendon Harris is headed to Wake Forest. After four years with Vanderbilt football, Harris will transfer and team up with Dave Clawson in Winston-Salem.

Harris, a former 4-star prospect in the 2018 class, appeared in all 12 games for Vanderbilt in the 2021 season. The 6-foot-1 safety recorded 34 tackles (ninth most on the roster) and broke-up two passes.

During his time on the field, Harris has played hard and tackled a lot of opponents. Back in 2020, Harris recorded 42 tackles, while playing seven games. One year prior, Harris posted a career-best 51 tackles in 10 games for the Commodores.

Wake Forest (11-3, 7-2 ACC), which won the Atlantic Division in 2021, ranked 62nd nationally in defensive efficiency, according to ESPN.

Harris will play for Clawson and defensive coordinator Brad Lambert, who rejoined the program earlier this year. Lambert spent the 2021 season as Purdue’s defensive coordinator. He was hired by Clawson to replace Lyle Hemphill, who left to join Mike Elko’s staff at Duke.

Currently, it’s unclear how much eligibility remains for Harris: one or two seasons.