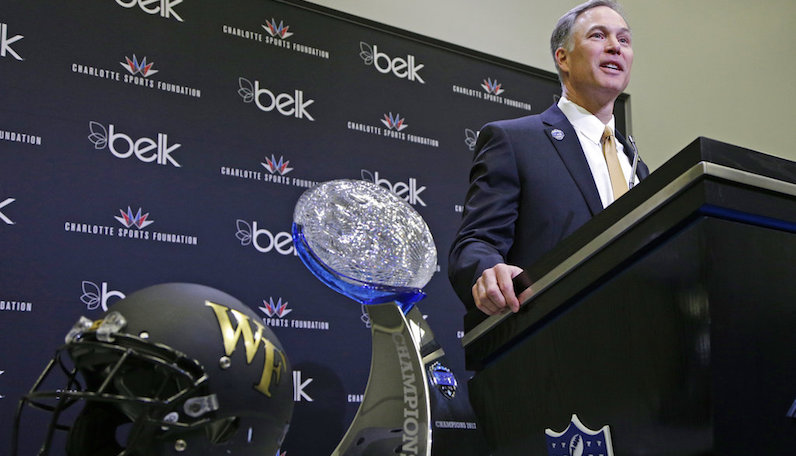 "With his experience as a head coach and leading some of the top defensive units in the country, he will come to Winston-Salem and make an immediate impact on our program." – Dave Clawson

Lambert was a key part of Jim Grobe’s coaching staff at Wake Forest for nearly a decade: 2001-10. For three years, Lambert served as the program’s defensive coordinator: 2008-10. After the 2010 season, Lambert left to become the head coach of the newly-launched Charlotte program.

After leaving Charlotte, Lambert spent time as the defensive coordinator for Marshall (2019-20) and Purdue (2021).