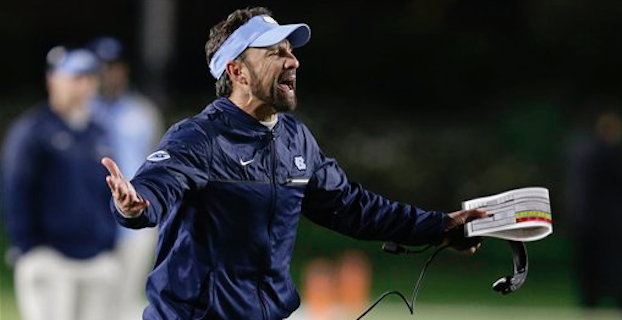 North Carolina heads into spring football with multiple new position coaches and numerous new faces vying for starting positions. What are some of the biggest questions the Tar Heels face as the spring season gets going this week?

In some ways, this spring may bring back memories of Larry Fedora’s first spring at UNC back in 2012. That year, Bryn Renner and Marquise Williams looked like fish out of water adjusting to Fedora’s spread offense.

This time around, it will be three inexperienced — but talented — young signal-callers battling it out for the starting job.

Nathan Elliott only appeared in three games last season, completing eight of nine passes for 55 yards. Chazz Surratt and Logan Byrd, a pair of highly rated players from the 2016 class, both redshirted last fall. The open three-way competition between Surratt, Byrd and Elliott will make for some intriguing practice sessions in the coming weeks.

Can the new defensive coaches make a seamless transition?

Prior to the departure of Gene Chizik in early February, the Tar Heels had already lost defensive backs coach Charlton Warren to Tennessee and defensive line coach Tray Scott to Ole Miss (before he left the Rebels for Georgia).

The only holdover is John Papuchis, who is now defensive coordinator. Fedora hired Mike Ekeler as UNC’s new linebackers coach, while Terry Joseph replaces Warren in the secondary and Deke Adams replaces Scott up front.

While there will be some growing pains in the spring, Adams will aid in easing the transition. A member of Fedora’s original UNC staff in 2012, Adams brings a level of continuity with North Carolina’s defensive goals and philosophies.

Will the defensive line show improvement?

UNC has a veteran nucleus returning across its defensive line. That’s the good news. The bad news is that several of those players have underachieved in Chapel Hill, and time is running out for them to make an impact.

The Tar Heels have six returning juniors and seniors up front defensively — Malik Carney, Jeremiah Clarke, Jalen Dalton, Robert Dinkins, Dajaun Drennon and Tyler Powell. Combined, they have 46 career starts. Heading into this spring, however, those upperclassmen will have to fend off younger players for spots atop the depth chart.

Defensive tackle Aaron Crawford made 10 starts last season as a redshirt freshman, while Marlon Dunlap played in seven games in 2016 as a true freshman. Numerous other youngsters, including Tomon Fox, Nolan DeFranco and Jake Lawler, are seeking to break the two-deep as well. The older players have to step up this spring, or face being backups in 2017.