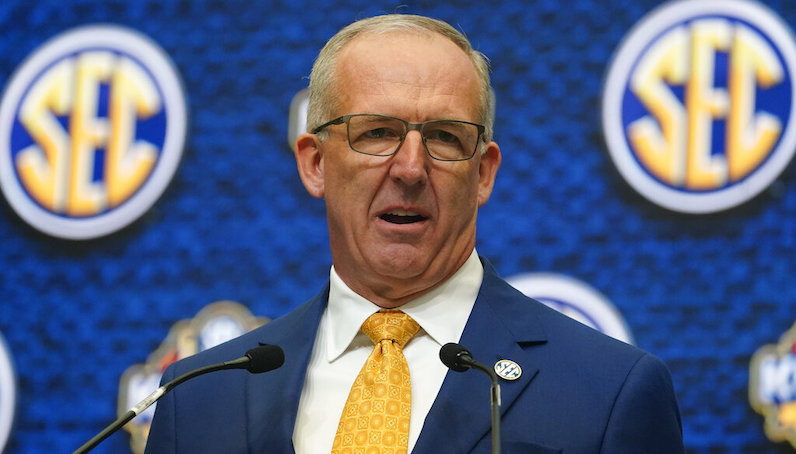 With SEC media days underway in Atlanta, league commissioner Greg Sankey delivered remarks on the current state of realignment, including some that are relevant to the ACC.

In recent weeks, as a bizarre type of mania has captured college sports, rumors flew that a couple of ACC programs could jump ship to the SEC. Some of the most prominent candidates in the rumor mill included football-dominant schools: Clemson, Miami and Florida State. However, others have noted North Carolina and Virginia as possible targets, too.

Speaking from Atlanta, though, Sankey mentioned that his conference has no plans to meddle with teams that are in conferences with strong Grant of Rights deals, like the ACC.

Here’s why all the rumors/reports/scuttle about ACC teams joining the SEC is, for now, just BS. Those within the ACC say the GOR is fairly ironclad. https://t.co/n3q7HxoDZz

The ACC’s Grant of Rights, which runs through 2036, continues to be a powerful document for the league; it helps maintain its current structure while the league and commissioner Jim Phillips desperately search for long-term sustainability solutions. (Hello, Notre Dame!)