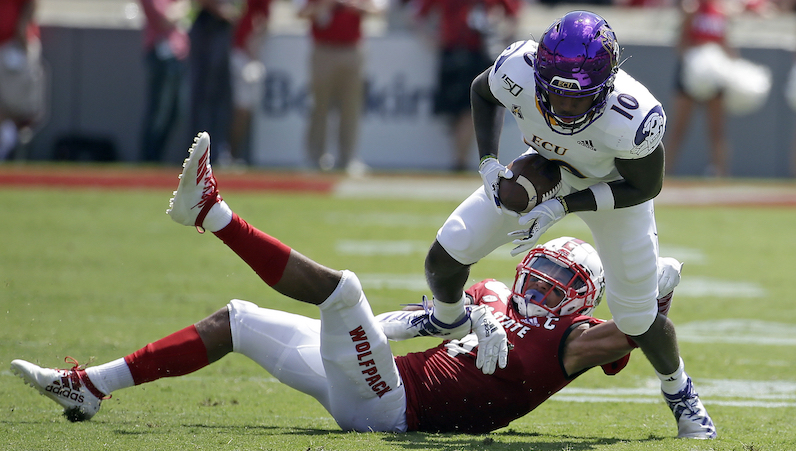 McCloud entered the 2019 season as the top cornerback on NC State’s roster; however, less than one full game into his senior season, things came crashing down. McCloud was one of three NC State players injured (knee) in the opener against East Carolina, along with receiver CJ Riley and lineman Justin Witt.

While McCloud’s knee injury (Grade 2 MCL sprain) wasn’t an immediate season-ender, he never returned to the pitch for the Wolfpack. In January this year, he entered the transfer portal. As a two-year starter, It didn’t take long for McCloud to attract a lot of interest; four months later, he’s headed to South Bend.

Matthew 20:16
beyond grateful for the opportunity!
ready to get to work! 🍀 pic.twitter.com/qBMmQx8AYj

McCloud was a big get for Dave Doeren in the 2016 recruiting cycle; NC State beat out Georgia Tech for the South Carolina native.

During the 2018 season, the 6-foot-1 McCloud finished third on NC State’s roster with 51 total tackles (4.6 per game). He’s more than just a cover corner, though he’s strong in that regard, too. While at NC State, McCloud appeared in 34 games (19 starts) and recorded three interceptions and 20 pass break-ups.

Manny Bates Scouting Report: The Prototype Center, in more ways than one

Keatts on Funderburk: A lot of guys are holding out the hope that they can get a workout