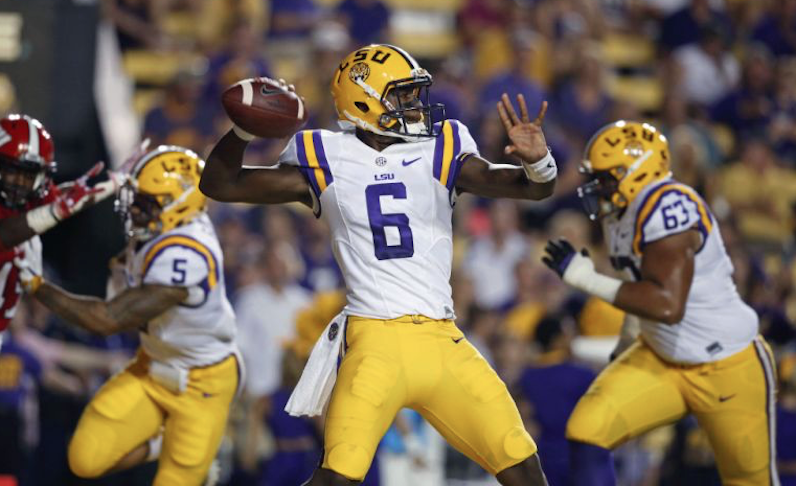 North Carolina added former LSU quarterback Brandon Harris this spring, filling a key gap following the loss of Mitch Trubisky. But are the Tar Heels better off with Harris, or would they had been better off with former Notre Dame quarterback Malik Zaire?

Zaire recently chose Florida after giving serious thought to UNC earlier this spring, prior to Harris’ decision to join the Tar Heels.

Both Harris and Zaire lost starting jobs at their previous stops, but under completely different circumstances.

Harris lost his grasp on the LSU starting quarterback job after a slow start. Zaire, on the other hand, slipped down Notre Dame’s depth chart after suffering a season-ending ankle injury in 2015. He returned last season, but DeShone Kizer held on to the starting job, prompting Zaire’s transfer out.

Harris and Zaire will each get a fresh start, but both bring their fair share of risk.

Zaire hasn’t played a full season as a college starter. After playing in two games in 2015 prior to his injury, he completed just 11 of 23 passes for 122 yards in 2016, playing sparsely. Zaire also has a history of injuries at the college level.

Harris has the edge in actual game experience over Zaire. He played heavily in 2015, throwing for 2,165 yards and 13 touchdowns against six interceptions. But Harris completed only 13 of 25 passes last fall; all but one of those completions came in the season opener against Wisconsin.

Zaire has familiarity in a spread offense, whereas Harris played in a pro-style offense at LSU. So Zaire may more quickly mesh into the offensive schemes at Florida than Harris, who will have to learn an entirely new style at UNC.

Both Zaire and Harris have major opportunities to leave positive marks on their new programs. They can each compete to start.

The key for the Tar Heels was that after losing Trubisky, they had to bring in at least one experienced college quarterback.

Tar Heels get back in the running with 5-star quarterback