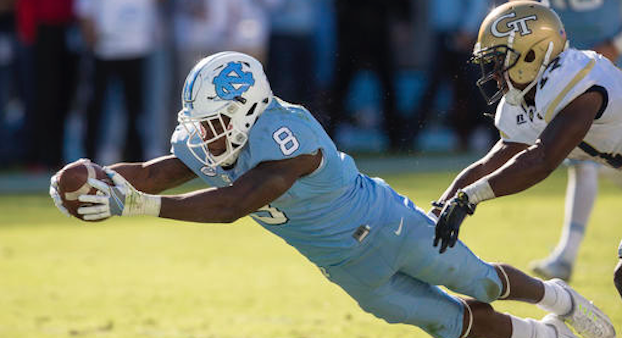 Since North Carolina’s Oct. 8 loss to Virginia Tech, Tar Heel fans have been rabid supporters of anyone on Virginia Tech’s ACC schedule.

But should the Tar Heels be rooting for the Hokies to lose?

An appearance in the ACC Championship Game didn’t help UNC advance to a New Year’s Six bowl last season. While the Tar Heels played Clemson tough last December in Charlotte, their 45-37 loss didn’t do them any favors. It wouldn’t help UNC or Virginia Tech this year, either, should either get beaten decisively by the Tigers.

Florida State, which finished with a 10-2 regular-season record in 2015, secured a berth against Houston in Atlanta’s Chick-fil-A Bowl. North Carolina, which had gone 11-1 before losing to Clemson, went to Orlando and lost to Baylor in the Russell Athletic Bowl.

Duke’s loss to Florida State in the 2013 ACC title game affected the Blue Devils similarly. They were sent to Atlanta, while idle Clemson got the BCS bid to play in the Orange Bowl against Ohio State.

Since UNC played in Orlando last December, it’s likely either the Orange Bowl or a Tier 1 bowl (Belk, Sun, Pinstripe, TaxSlayer) for the Tar Heels this year. UNC’s best hope at this point — short of winning a league title — is to run the table, beating Duke, The Citadel and NC State. If the Heels don’t get to play for the conference championship, they’ll root for the Atlantic Division representative (almost certainly Clemson) to embarrass Virginia Tech.

If all that happens, the Orange Bowl could be a possibility for UNC, though Larry Fedora’s team would really need Louisville out of the way to make it a realistic possibility. The Cardinals are still holding out hope for an 11-1 finish and a possible playoff apperance, but they won’t bypass Washington or Texas A&M in the rankings unless those teams suffer losses in the coming weeks.

The only way UNC could control its Orange Bowl destiny would be if Virginia Tech loses another ACC game. Then, the Tar Heels would need to take the league crown. But after what happened last year, the Tar Heels may be best suited to sit back, let the Hokies play for the title and see what fate awaits them after the conference championship game.