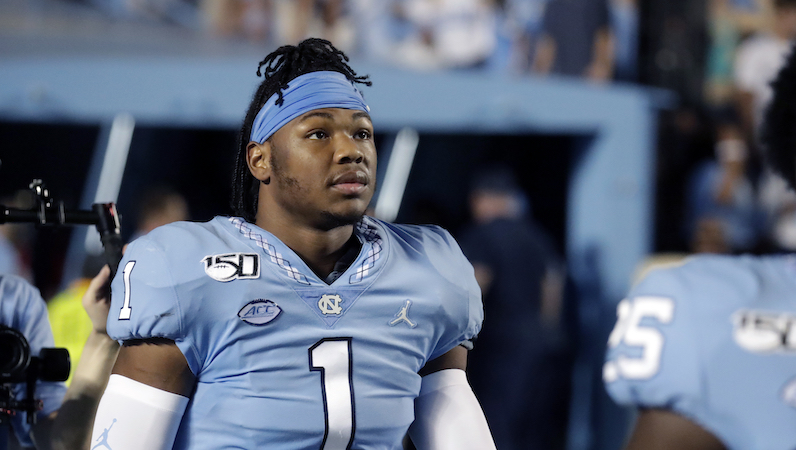 Senior safety Myles Dorn, one the defensive leaders for North Carolina, stopped by The David Glenn Show on Wednesday. With a 2-2 record, UNC has a massive game on the horizon in Chapel Hill: No. 1 Clemson this Saturday.

Dorn is the brother of former NC State forward Torin Dorn (2015-19), who just finished up his career in Raleigh a few months back. Their father, also named Torin, played football for North Carolina in the late 1980s — and was also coached by Mack Brown.

He is lying, he wanted state to win when I played against UNC. The sky may be blue on occasion but we all bleed red. https://t.co/j6Fpi7Vamc

DG and Dorn discuss what it’s like to have a brother on the other side of the NC State-UNC rivalry, playing for Mack Brown, the culture change with North Carolina football, being recruited by Dabo Swinney in high school, the importance of being a senior leader and his relationship with Dre Bly.

Click to listen to the full interview with Myles Dorn

Ahead of the UNC game, Clemson’s Dabo Swinney joins The DG Show