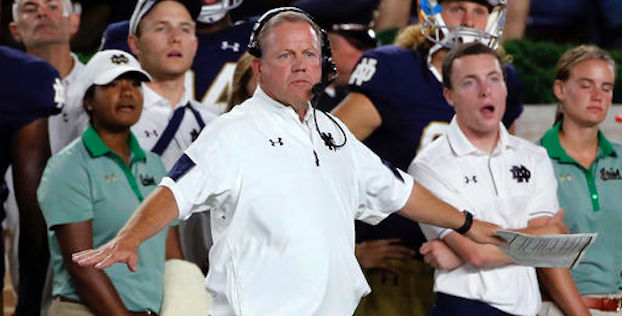 The next step was to improve the defense under interim coordinator Greg Hudson. So far, the team has done just that.

After giving up 498 or more offensive yards in all three losses under VanGorder prior to his firing, the Irish have given up considerably less yardage since.

Against NC State on Oct. 8, in the midst of Hurricane Matthew’s onslaught of the East Coast, the Irish allowed 41 yards through the air and 198 total offensive yards.

Proving the NCSU game was no fluke, Notre Dame played sound defense against Stanford and Miami, allowing 296 yards and 306 yards, respectively, in those matchups.

Three out of the Irish’s first five opponents this season threw for 280 or more yards. Only Miami has approached that total since, passing for 288 yards after the Irish held Stanford to 120 yards through the air.

After Notre Dame allowed Texas, Michigan State and Duke to each average nine yards or better per pass attempt, no opponent has averaged more than 7.1 yards per pass play since Hudson took over.

The improvement is extending to the run defense as well.

It all adds up to an enhanced defense that shows Kelly made the right move five weeks ago.