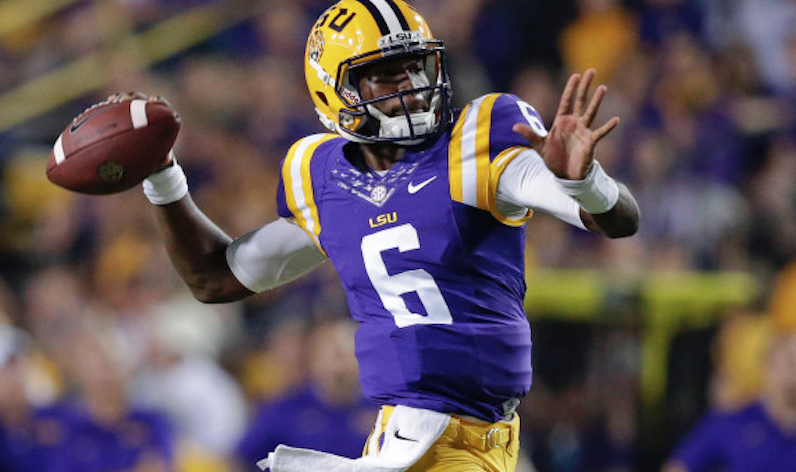 UNC’s successful recruitment of former LSU passer Brandon Harris has stabilized the Tar Heels at quarterback heading into 2017. Now, instead of having to pick between three youngsters with barely any college experience, UNC has a fourth option; it’s an option that won 10 out of 15 games over three seasons as a starter in the SEC.

It’s a far cry from where UNC was in late December. At that time, Mitch Trubisky was mulling his NFL options with no clear-cut successor behind him. Caleb Henderson’s decision to transfer last August left the Tar Heels with a redshirt freshman and two true freshmen behind Trubisky in 2016.

When Trubisky declared for the NFL Draft, however, UNC’s outlook changed dramatically. All of a sudden, getting a graduate transfer quarterback for 2017 wasn’t a luxury; it was a necessity.

In December, UNC hosted Malik Zaire for an official visit. Zaire had opened the 2015 season as Notre Dame’s starting quarterback, but an injury derailed his career with the Fighting Irish. Electing to transfer from South Bend, Zaire had the Tar Heels on his short list. But with Trubisky still unsure about his future plans, UNC couldn’t make the full commitment to Zaire that it ultimately did to Harris.

Even if the Tar Heels had been able to put the full-court press on Zaire, there were no guarantees. Wisconsin and Texas, among others, are also in the mix to secure the former Fighting Irish signal-caller. Had Zaire chosen Wisconsin or Texas over the Tar Heels, with UNC having no backup plan, there would have been no alternative other than to go with Nathan Elliott, Chazz Surratt or Logan Byrd.

Elliott, Surratt and Byrd all arrived in Chapel Hill as touted prospects. In the case of Byrd and Surratt, multiple ACC schools desired their services. But it took Mitch Trubisky four seasons to become UNC’s starting quarterback. The trio is simply too inexperienced at this time.

By signing Harris, however, the Tar Heels have gotten ahead of the curve. They’ve added one of the nation’s more capable graduate transfer quarterbacks. The alternative would have been a longer waiting game with more uncertainty.