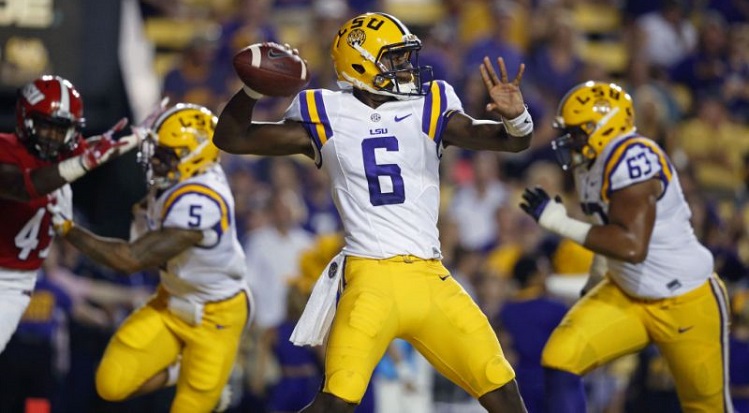 QB Brandon Harris will battle for the starting job at UNC.

Former LSU quarterback Brandon Harris announced Sunday that he will transfer to UNC for his final season of eligibility.

Obviously, it has been an important time for me, looking for a great situation and another opportunity to grow as a…

Harris will compete to be the starter at quarterback this fall with Nathan Elliott, Chazz Surratt and Logan Byrd.

Harris lost his starting job to Danny Etling this past season. In his sophomore campaign in 2015, Harris threw for 2,165 yards, 13 touchdowns and six interceptions. The Tigers started the season 7-0 before losing three consecutive games. They capped off the year with a win over Texas Tech in the AdvoCare V100 Texas Bowl.

By landing Harris, the Tar Heels have filled one of their biggest holes entering the 2017 season. Elliott is the only quarterback on the roster with any game experience, completing eight of his nine attempts as a redshirt freshman in 2016 for 55 yards. In Harris, UNC welcomes a seasoned veteran who will likely succeed the departed Mitch Trubisky — a potential top-10 pick in next month’s NFL Draft.

A former 4-star recruit, Harris will also serve as a threat to run in Larry Fedora’s offense. He rushed for 370 yards on 97 attempts in his three years of action in Baton Rouge.

READ MORE: Why is the Brandon Harris pickup significant for UNC?