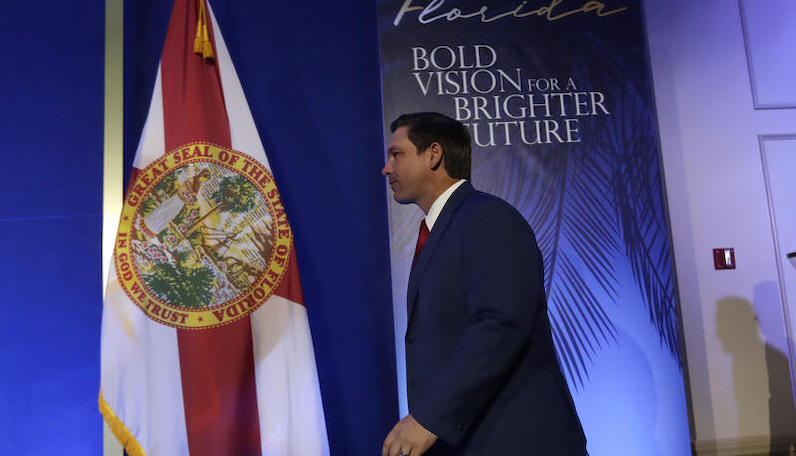 Last October, DeSantis endorsed a proposal centered on NIL rights in the state of Florida; earlier this year, in March, Florida House of Representatives approved the bill by a 98-14 vote. The state senate also approved with a 37-2 margin.

The decision from DeSantis makes Florida the third state with some type of NIL law. California and Colorado have similar legislation, both of which were passed in the last 10 months; however, Florida’s law will launch 18 months earlier than the two western states. Over 20 other states are considering similar proposals. Via ESPN:

Florida’s law includes some restrictions, such as stating that payments to athletes must be “commensurate with market value” in order to “preserve the integrity, quality, character, and amateur nature of intercollegiate athletics and to maintain a clear separation between amateur intercollegiate athletics and professional sports. The law also states explicitly that colleges and universities are not allowed to pay athletes directly

DeSantis’ action will make Florida the third state with this type of law, joining California and Colorado. However, Florida’s law is set to go into effect 18 months earlier than the other two.

Effective July 1, 2021, college athletes in Florida can sign paid endorsement deals. FL jumps CA as 1st state to give athletes these rights. Honored to have been part of this effort.

Up to now, the NCAA has opposed individual states, like Florida, from creating their own new laws that could establish NIL profits.

Back in April, the NCAA’s Board of Governors announced that they supported proposals that would allow college athletes to make money off endorsements. However, the BOG wants specific “guardrails” in place, which would delineate between college and professional sports.

In late May, commissioners of the ACC, Big Ten, Big 12, Pac-12 and SEC sent a letter — dated May 23 — to congressional leaders. In the letter, the commissioners asked asking Congress to move forward with federal legislation regarding compensation for athletes.

With the Florida law taking effect in less than 13 months, Congress is on the clock for any federal law to pre-empty state law. This is a complicated process, made for more challenging as the federal government scrambles to deal with the COVID-19 pandemic and an upcoming presidential election.

Previously, the NCAA has referred to these types of state legislation as “unconstitutional,” while threatening to challenge the legality.