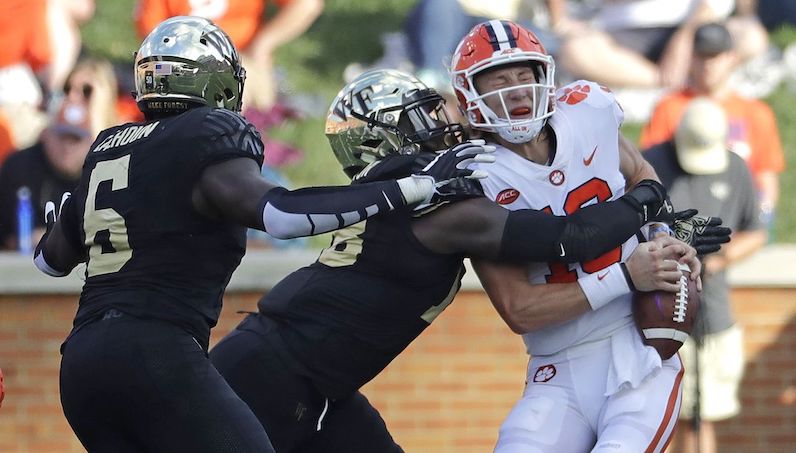 Wake Forest football has added a commitment from one of the top in-state prospects: 3-star Eli Hall.

Hall is a 6-foot-3, 250-pound defensive lineman from Shelby (NC) Crest; 247 Sports rates Hall as the No. 14 prospect in the state of North Carolina.

During the month of June, Hall took official visits to three schools: Wake Forest, Virginia and Minnesota. In the end, though, the Demon Deacons won out.

With the addition of Hall, Wake Forest’s 2022 recruiting class now sits at 11 deep. Hall is the top-rated prospect of that bunch, too.