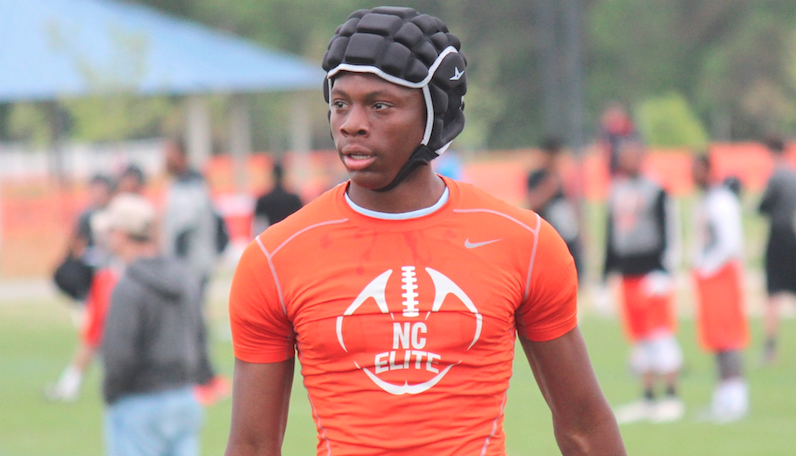 I will be commiting to the University of North Carolina #tarheels🐑 pic.twitter.com/YiWwJG03gs

Brown, who plays for West Mecklenburg (HS), picked Larry Fedora and the Tar Heels over a stacked list of competing offers. Per 247 Sports: Florida State, Alabama, Ohio State, Oklahoma, Michigan — all of the heavy-hitters — offered Brown a scholarship. However, the 6-foot-2 multi-positional talent decided to stay in-state with his college decision.

What can (Dyami) Brown do for you?

According to the Charlotte Observer, Brown a little bit of everything as a junior: 999 yards receiving and 14 touchdowns. He played on the defensive side of the ball, too. Brown recorded five interceptions as a defensive back.