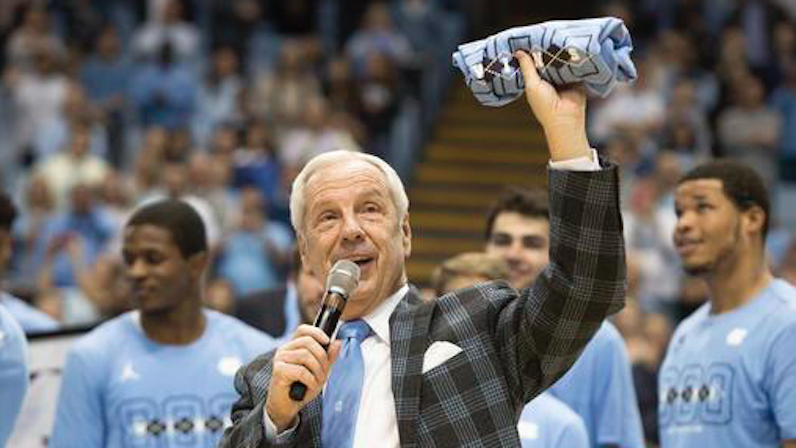 King Rice is enjoying success as a head coach, with his last two Monmouth teams winning a combined 55 wins. However, as the former UNC guard leaves his stamp on his current program, he hasn’t forgotten about where he played.

Roy Williams, then an assistant at North Carolina, recruited Rice to Chapel Hill in the ’80s. The two have maintained a relationship for more than three decades and have twice faced one another as head coaches.

So when David Glenn recently asked Rice about his time at UNC, it’s not surprising Williams’ name came up. In fact, the Monmouth head coach had a few words for Williams’ critics.

Click below to listen to the full answer, with the Williams comments in the final minute:

HEAR MORE: Roy Williams receives a congratulatory note from someone you might not expect