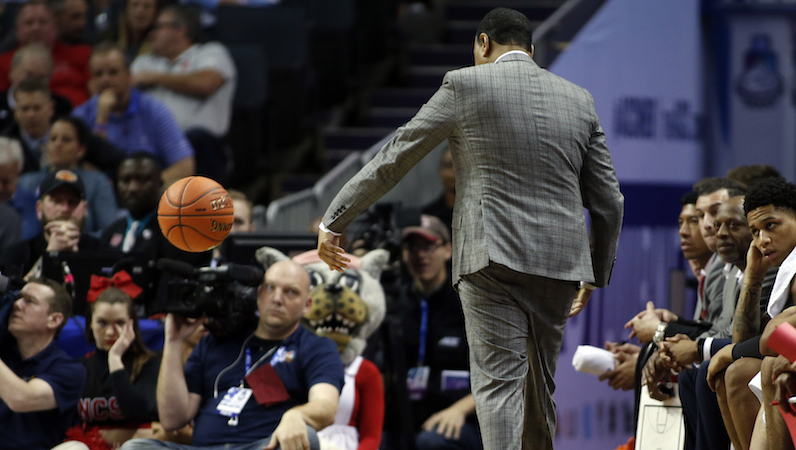 North Carolina State head coach Kevin Keatts tosses the basketball after one of his players was called for a foul against Virginia during the first half of an NCAA college basketball game in the Atlantic Coast Conference tournament in Charlotte, N.C., Thursday, March 14, 2019. (AP Photo/Nell Redmond)

On Selection Sunday, NC State was left out of the 2019 NCAA Tournament. The selection committee’s decision left many in the NC State fanbase, and the athletic department, confused and/or disappointed. David Glenn, on his radio show, explains why he understands the frustration; however, a lack of signature wins — among other factors — cost the Wolfpack. Listen in for me.

Click to listen to DG on NC State Basketball