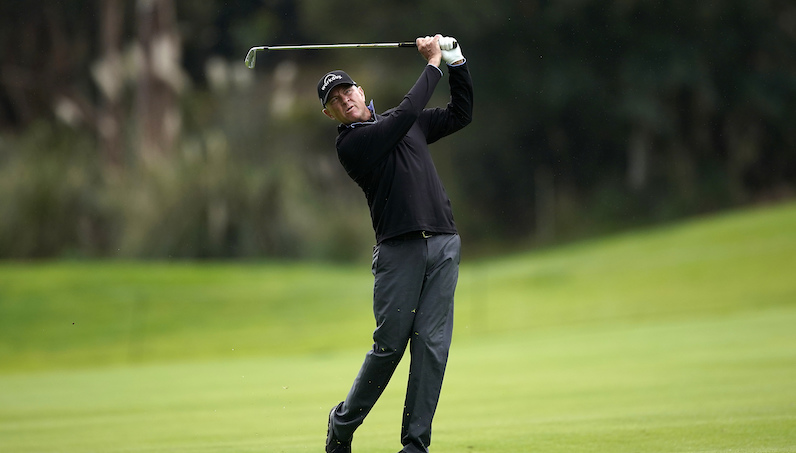 Davis Love III hits his second shot on the 18th hole as first round play continues during the Genesis Open golf tournament at Riviera Country Club on Friday, Feb. 15, 2019, in the Pacific Palisades area of Los Angeles. (AP Photo/Ryan Kang)

Prior to his induction to the North Carolina Sports Hall of Fame, golf Davis Love III joined The David Glenn Show. Love, who played golf at the University of North Carolina in the early 1980s, explains why he picked UNC for college, his relationship with Michael Jordan (which extends back to their time in Chapel Hill), competing in the Ryder Cup and much, much more.

On @DavidGlennShow just now: Davis Love III says he and his teammates at UNC introduced Michael Jordan to golf gambling.

Imagine being the person who introduced Picasso to paint.

Click to Listen to the full interview with Davis Love III