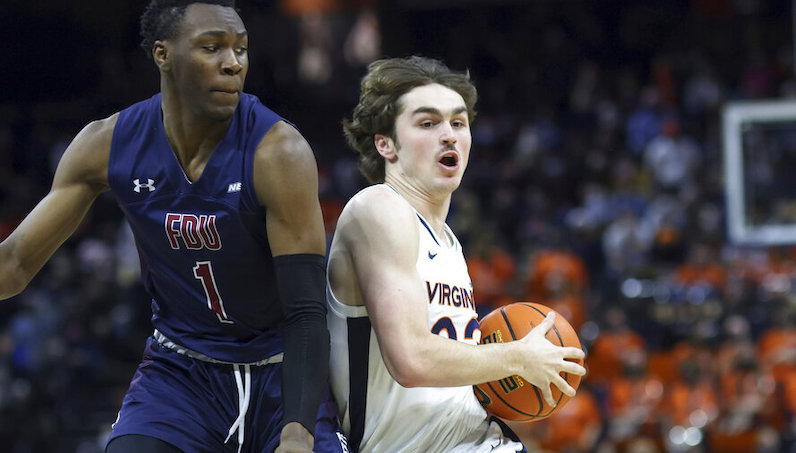 During his two with the Cavaliers, McCorkle was never more than a bit player for Tony Bennett. The 6-foot-3 guard appeared in 24 total games — 98 minutes. McCorkle was 5-of-16 on 3-point attempts this season. Despite Virginia’s offense being desperate for offense and shooting, McCorkle could never crack the rotation, although there were flashes.

(Given Bennett’s defensive bonafides, it seems likely that McCorkle never fit the team’s profile on that end of the floor.)

McCorkle, who hails from Raleigh (NC), played his prep basketball for Greensboro Day School. He was a member of an important 2020 recruiting class for Virginia, which also included Jabri Abdur-Rahim (now at Georgia) and Reece Beekman, the program’s lead guard and top perimeter defender in the ACC.

The departure of McCorkle adds to a little bit of shakeup at the backend of Virginia’s guard rotation; walk-ons Malachi Poindexter and Jayden Nixon also entered the portal, with the hope of landing mid-major scholarship offers.

By the middle of the 2021-22 season, Poindexter — a more reliable defender — actually usurpsed McCorkle, among others, the land in Virginia’s rotation.