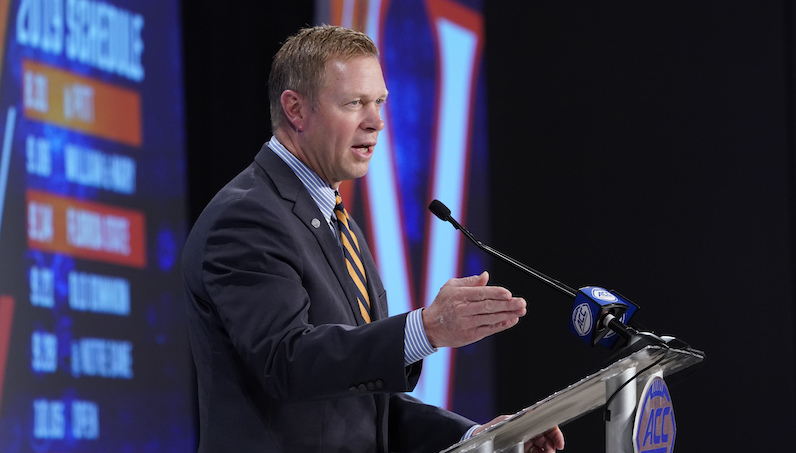 In a somewhat surprising bit of news, Virginia (6-6) football coach Bronco Mendenhall plans to step down from his job following the team’s 2021 bowl game. This will be his sixth and final season with the program.

During his tenure in Charlottesville, Mendenhall lifted this program to impressive heights, after being in a bit of a hole. Since taking over for the 2016 season, Mendenhall is 36-38; prior to Virginia, Mendenhall won 99 games (.697 win percentage) at BYU. Mendenhall was the head coach of BYU for 11 seasons; his teams went to a bowl game each and every season.

BREAKING: UVA head coach Bronco Mendenhall is stepping down from his position after the upcoming bowl game.

The hight point of the Mendenhall era came during a two-year stretch from 2018 to 2019. Over those two years, Virginia went 17-10. This was capped in the 2019 season: a Coastal Division title and a trip to the Orange Bowl.

Mendenhall didn’t offer a specific reason for his decision; however, it seems like Mendenhall wants a break from the coaching grind. According to Mendenhall, he made the decision yesterday — on his own. Virginia athletic director Carla Williams and university president Jim Ryan asked him to stay on.

A very clearly emotional Bronco Mendenhall on his decision to step down as UVA head coach:

“I’ve been a head coach for 17 years…this week there was a sense of clarity that I need to step back from college football.”

While the dust continues to settle, Virginia’s athletic department, led by Williams, faces a daunting task. They must replace one of the best coaches in program history, while working within a challenging landscape.

Dave Clawson named ACC Coach of the Year in 2021