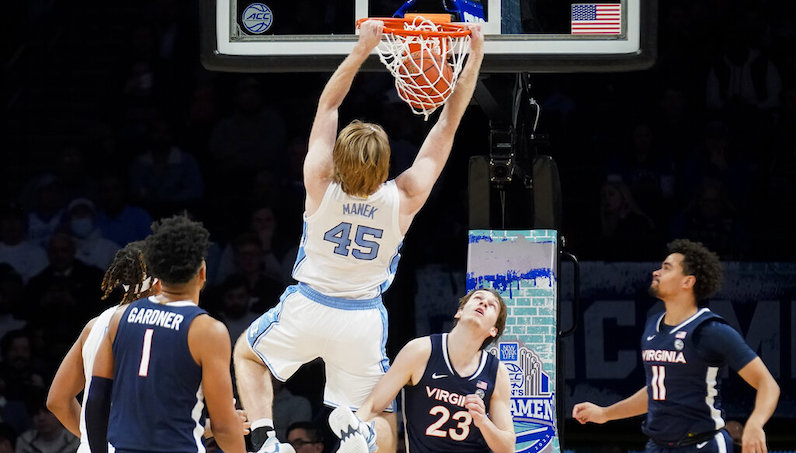 UNC was knocked out in the semifinals of 2022 ACC Tournament by Virginia Tech, the eventual league champion. However, after a strong close to the 2021-22 regular season, Hubert Davis leads the Tar Heels into the NCAA Tournament — in his first season as head coach.