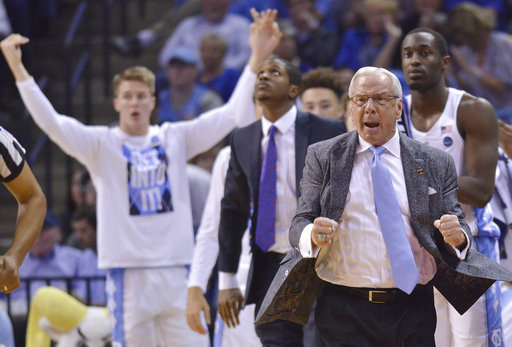 North Carolina is locked in at point guard into the 2020s with the addition of Jeremiah Francis, a physical 6-1 product of Pickerington, Ohio.

The Tar Heels stole Francis away from in-state Ohio State, who also extended an early offer. Both of Francis’s parents attended OSU.

Williams was prepared to take Francis as an early commitment due to his aggressiveness and compatibility to UNC’s style of play. Francis pushes the tempo very well and likes to drive. He has the size and the ball handling skills to effectively work his way to the rim. Developing his 3-point shooting game will be one of the big things for Francis to work on as he readies for college.

With Francis aboard, Williams can begin projecting his roster all the way out to the 2019-2020 season. UNC will look to Jalek Felton and incoming freshmen Coby White and Leaky Black at point guard in 2018-19 after Joel Berry graduates. Felton, White, and Black are all combo guards, capable of playing either point or shooting guard.

Even with so much depth, adding Francis two years out is a smart move for Williams. That’s because there’s a real uncertainty as to whether or not Felton, White, and Black will all still be in Chapel Hill in 2019.

If Felton leaves after his freshman or sophomore seasons, UNC could have White, Black, and the incoming Francis as point guard options in 2019-20.

Then the question becomes whether either White or Black could emerge as one-and-dones.

If one or the other between White or Black leave for the pros after the 2018-19 season, the addition of Francis ensures the Tar Heels have at least two capable point guards two years from now. In a scenario where both White and Black leave after one year, Francis guarantees that the cupboard won’t be left entirely empty.

The only way there will be a jogjam for the Tar Heels in 2019-20 is if Felton, Black, and White all return. But barring injuries, it’s not likely all three will be in college that long. By adding Francis so early, Williams can now direct his attention to needs along the wing and in the post in the 2019 class.

Read more: Could Roy Williams’s 2018 recruiting class be his best since 2006?