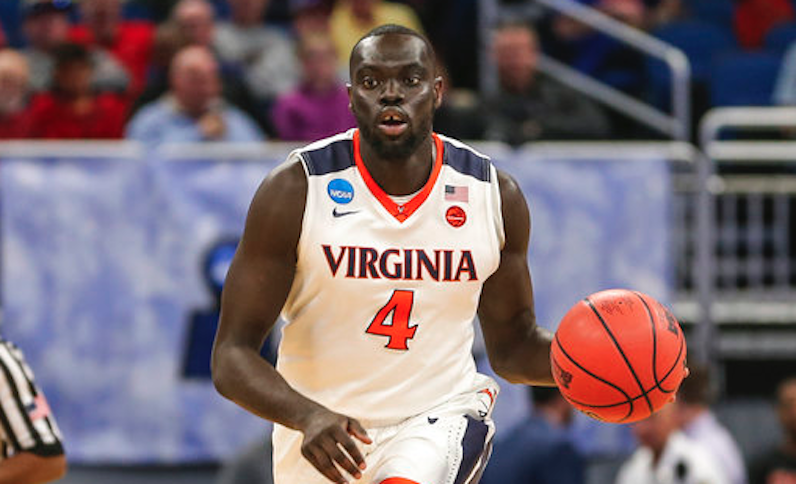 Marial Shayok is one of two players transferring out of Virginia. (AP Photo)

“Marial and Jarred informed me today that they are leaving the Virginia basketball program and are looking to transfer to other schools,” Bennett said. “I thank Marial and Jarred for their hard work and contributions to our program, and wish them success in the future.”

Shayok averaged 5.7 points and 2.0 rebounds in 103 career games, including 23 starts, during his three seasons at UVA.

Reuter appeared in 58 games during his two seasons at UVA. He averaged 2.8 points and 1.6 rebounds in eight minutes per game.

Read more: 3 reasons why UVA basketball will be better next season