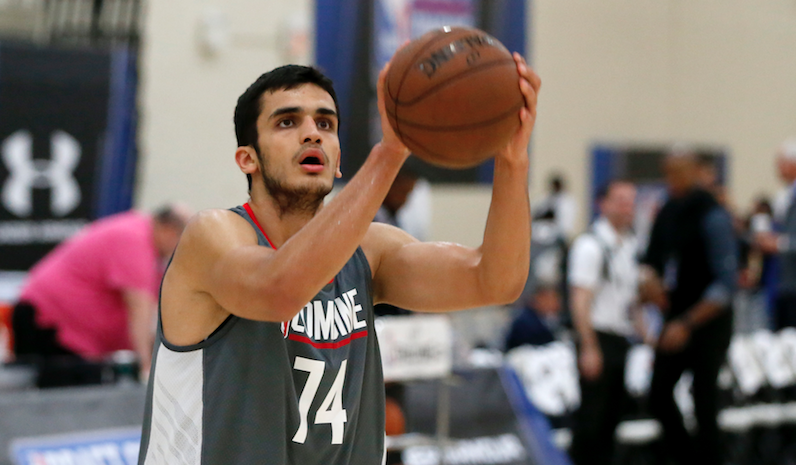 NC State freshman Omer Yursteven has until May 24 to decide whether or not he'll return to school for his sophomore season. (AP Photo)

NC State freshman center Omer Yurtseven had two productive days at the NBA Draft Combine in Chicago. On Day 1, he played 19 minutes, shot 6-of-8 for 14 points, grabbed six boards and blocked a shot.

Day 2 saw him on the floor for 22 minutes, shooting 5-of-6 for 12 points to go with seven rebounds. Yurtseven did well enough that NBADraft.net’s Scott Phillips named him one of the five winners of the combine:

“Making people remember why he was on teams’ radars with his play in Chicago, Yurtseven looked like a skilled big man who could become a positive scoring force. With a workable jumper that also could have extended range with added practice, Yurtseven could be an intriguing second-unit scoring big man or starter alongside a true rim-protector.

Yurtseven impressed Phillips’ site so much that it now projects him as the No. 29 pick in the draft. However, opinions vary. DraftExpress does not list Yurtseven in its two-round mock draft.

Yurtseven has worked out with the New York Nicks and reportedly will do so for the Brooklyn Nets.

NC State head coach Kevin Keatts told reporters at the ACC Spring Meetings that he thinks Yurtseven is 50-50 on staying in the draft or coming back. Thus, uncertainty will linger until the May 24 deadline to withdraw.