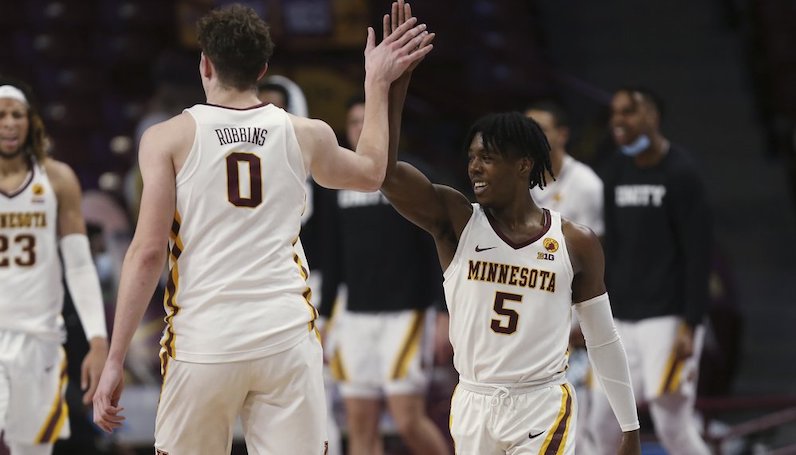 Specifics are low at the moment, but Louisville will get a visit later this week from point guard Marcus Carr, who remains in the transfer portal.

According to college hoops inside Jon Rothstein, Carr will visit Texas this week; the Longhorns appear to be the favorites to land the 6-foot-2 guard. However, Louisville is making a push, too. It’s key for Chris Mack to not only get a visit from Carr, but to also land the coveted pick-and-roll engine.

Kansas and Kentucky remain in contention for Carr, too.

Minnesota transfer Marcus Carr will visit Louisville following his visit to Texas this week, per his mentor Vidal Massiah. The exact date of the Louisville visit is still TBD. Kansas and Kentucky are also in the mix. https://t.co/2LhYL1bCMK

As a freshman, Carr spent the 2017-18 season playing for Kevin Stallings at Pitt; he started 27 games, while averaging 10.0 points and 4.0 assists per game.

Following that season, Carr transferred to Minnesota to play for Richard Pitino. After a redshirt in the 2018-19 campaign, Carr quickly emerged as one of the best guards in the Big Ten. While taking on a more central offensive role in the 2020-21 season, Carr averaged 19.4 points, 4.9 assists and 1.3 steals per game.

Carr’s visit to Texas is set for Tuesday, per Travis Branham of 247 Sports.

Is also planning a trip to Louisville but a date is still TBD.