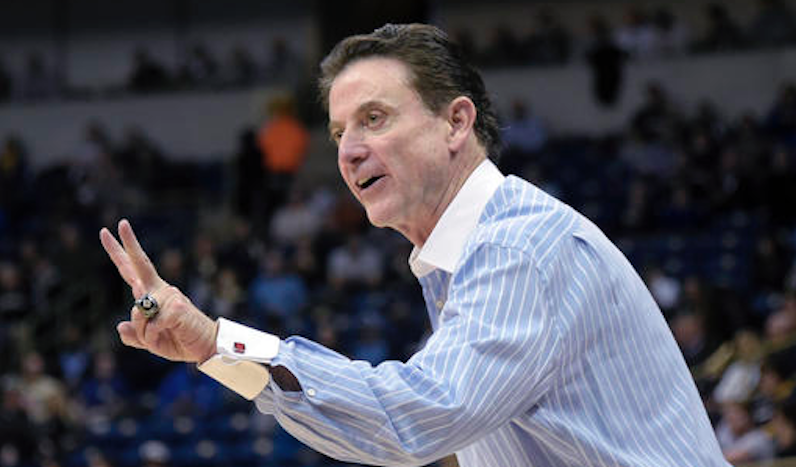 The University of Louisville was cited for four Level I infractions as part of the notice of allegations it received from the NCAA last fall.

In the NOA, received in October, the NCAA cited that former Director of Basketball Operations Andre McGee “knowingly offered or provided” at least $5,400 in impermissible inducements “in the form of cash, adult entertainment and sex acts” to at least 17 men’s basketball prospective and/or student-athletes. The NCAA alleges the acts took place from at least December 2010 through July 2014.

McGee refused to participate with NCAA investigators in February and June of last year, adding to the list of infractions. The NOA also implicated Pitino, charging him with a violation of NCAA head coach responsibility legislation.

“He (Pitino) failed to frequently spot-check the program to uncover potential or existing compliance programs,” the NOA stated, “including actively looking for and evaluating red flags, asking pointed questions and regularly soliciting honest feedback to determine if monitoring systems were functioning properly.”

This allegation is the only one of the NOA’s four allegations that Louisville has taken objection to in its response to the NCAA.

“The University disputes this allegation,” the response read. “The University believes that Coach Pitino fostered a culture of NCAA compliance within the basketball program and exercised appropriate supervisory oversight of McGee. McGee’s furtive conduct was not detectable by reasonable monitoring practices, as McGee purposely intended to avoid detection.”

The basketball team sat out the 2016 ACC and NCAA Tournaments as a part of its self-imposed penalties. The school also self-imposed a two-scholarship reduction for 2016-17, while also severely limiting recruiting traveling during the spring and summer of 2016.

Now that Louisville has responded to the NOA, the ball is back in the NCAA’s court. The governing body has 60 days to review the school’s response and report back to the institution.

From there, the case will be heard before the NCAA’s Committee on Infractions, with May being the earliest date for such a hearing. Director of Athletics Tom Jurich recently suggested that the case won’t see completion until the summer at the earliest.

Louisville is asking the Committee on Infractions to find the case to be a Level I-mitigated case, based on agreed-upon aggravating factors. The university suggests in its response that it “does not believe these dances or sexual activities greatly assisted its recruiting efforts.”