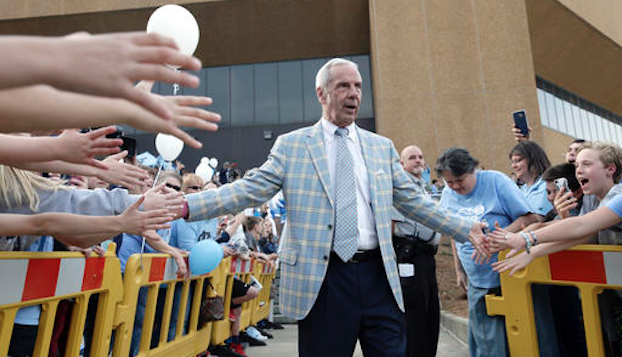 Stanford head coach and former North Carolina assistant Jerod Haase dropped by The David Glenn Show on Thursday to talk about his new job with the Cardinal, the challenges of coaching and his breakdown of the Final Four.

Haase, who was an assistant with UNC from 2003-12, likes the Tar Heels to move forward in the NCAA tournament and explained why.

“They’ve got the right coach there,” he said, referring to head coach Roy Williams. “He’s proven time and time again he’s the best at running the program and is just phenomenal at putting a team together. It’s gotten to the point now where, when it comes to March, his teams perform at the highest level.”

The new Stanford head man also discussed how tough the North Carolina job can be.

“It’s hard everywhere, but when you’re at North Carolina, there’s so much pressure, so many things and so much fanfare,” he stated. “For (Williams) to consistently be at the top says what kind of a coach he is.”