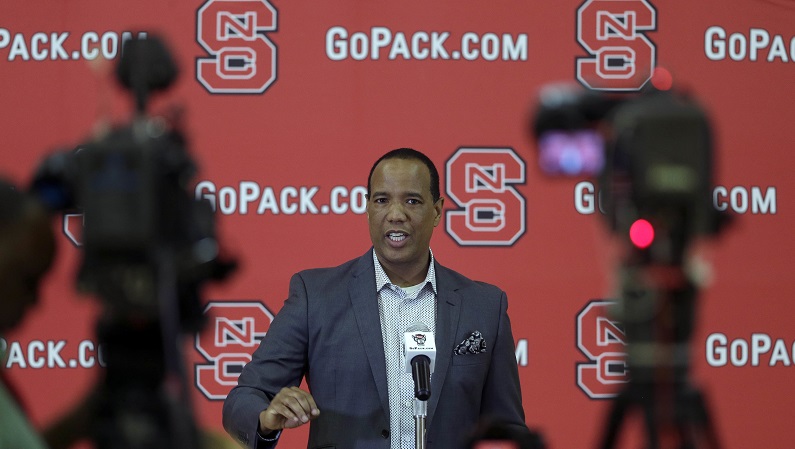 On Friday evening, the program added Hellems to its 2018 commitment list, which already includes two other 4-star forwards: Manny Bates and Ian Steere.

247Sports ranks Jericole Hellems as the No. 115 player in the 2018 class, and the No. 31 small forward. With Daniels, Bryce and now Hellems in the fold, it seems that NC State has its next generation of wings lined up.

Hellems, a native of Missouri, made a name for himself this summer playing at the Peach Jam; he plays his high school ball for Chaminade Prep in St. Louis. The 6-foot-6 small forward isn’t the only Chaminade Prep product to head east to Tobacco Road for college. This is the same school that produced former Duke star and current Boston Celtic Jayson Tatum.

South Carolina and Missouri sought Hellems, too — along with a laundry list of other schools. Hellems visited NC State two months ago, in late August.

When NC State returns to the field, it has Josh Adams waiting