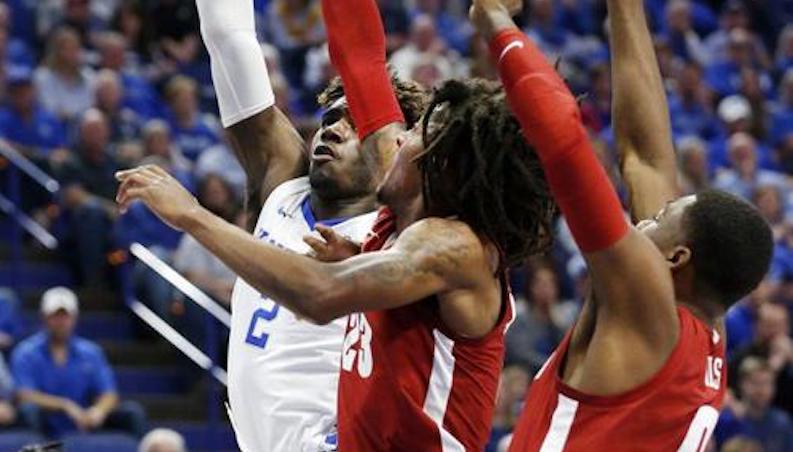 A former 3-star prospect in the 2018 class from Mississippi, the 6-foot-9, 230-pound Davis committed to Alabama in Nov. 17, when Avery Johnson was coaching the program. According to a tweet, Davis will announce his college pick next Monday: July 27.

I’ll be committing Monday July 27th at 10am CT.

Davis took a redshirt during the 2018-19 season — Johnson’s final run with the Crimson Tide. In March 2019, Alabama hired Nate Oats to become its new head coach. During his redshirt freshman season, Davis played well in the middle of Oats’ spread offense; he appeared in 31 games (14 starts), while averaging 6.0 points and 3.8 rebounds per game.

A magnet for contact, Davis got to the free throw line a lot this season: 104 free throw attempts in 498 minutes (8.4 FTA per 40 minutes). He’s a strong offensive rebounder, too: 9.7 percent offensive rebound rate. Davis also shot 68 percent around the rim, where the vast majority of his field goal attempts originated from.

Davis would’ve been in line for some sort of role at Alabama next season, as the Tide transition from Kira Lewis Jr. at point guard to former 5-star recruit (2018) Jahvon Quinerly, who transferred in from Villanova.

The addition of 4-star PF/C Alex Tchikou seems to have forced a decision from Davis; Tchikou committed and signed with Alabama just days before Davis entered the portal.

As of right now, Davis isn’t eligible to play in the 2020-21 season; however, he could try to go through the waiver process and find instant eligibility.

If Davis were to pick Wake Forest, and get immediate eligibility for next season, he would join a frontcourt rotation that’s looking to replace star transfer Olivier Sarr: Ody Oguama, Okpomo and Tariq Ingraham.