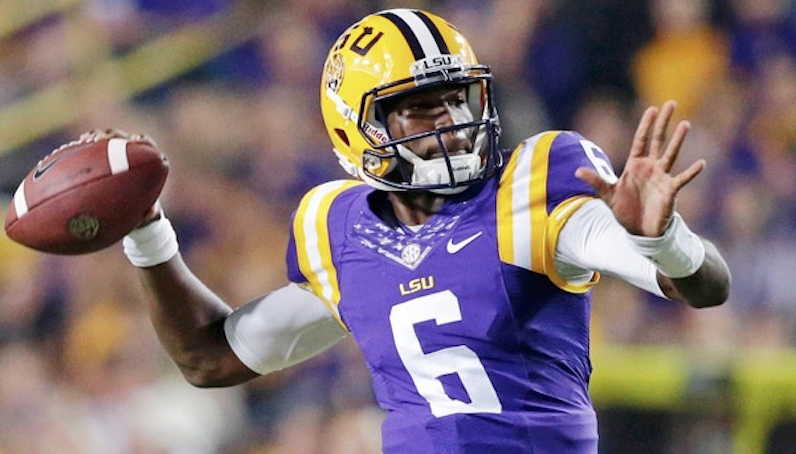 Before even completing its 2016 campaign, North Carolina went after Notre Dame graduate transfer Malik Zaire. A possible UNC-Zaire marriage could still happen, but the Tar Heels are now reportedly interested in another quarterback transfer.

LSU signal-caller Brandon Harris announced Monday that he will seek opportunities at other programs:

Statement regarding my future. pic.twitter.com/xNa3MkPXcw

Not long after, 247Sports reported “mutual interest” between Harris and UNC:

Just got a text that North Carolina, Brandon Harris have mutual interest.

Harris became the Tigers’ No. 1 quarterback in 2015, starting all 12 games that season. However, the Bossier City, La., product lost the starting job early last fall.

In three seasons at LSU, Harris completed 187 of 347 passes for 2,756 yards and 20 touchdowns (with 10 interceptions). He is expected to graduate before the 2017 season, making him immediate eligible to play this coming fall.

North Carolina quarterback Mitch Trubisky declared for the NFL Draft following a record-breaking junior season. The Tar Heels have only three scholarship players left on the roster, with rising sophomore Nathan Elliott (8-of-9, 55 yards) as the only returning passer with any game experience.

Nathan Leacock: Can NC State or UNC gain the inside edge for the 3-star WR?