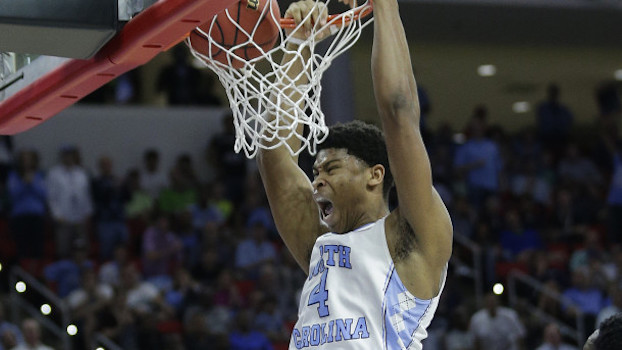 There was no questioning who the best post player in the ACC was during the 2015-16 season. Malcolm Brogdon, Cat Barber, Grayson Allen and Jaron Blossomgame were all sensational, but those guys mostly did their damage starting from the perimeter and working their way in. Brice Johnson was hands down the league’s top frontcourt player — on both sides of the ball. Johnson, while helping pace the Tar Heels to an ACC championship, led the conference in a variety of catch-all metrics, including PER and Win Shares.

Johnson’s career at North Carolina came to a close, though, just as soon as Kris Jenkins’ jumper swished through the net, which means the Tar Heels are out one of the best big man to play in Chapel Hill the last decade. Fortunately for UNC, though, they have a logical replacement on their roster to replicate Johnson’s production: senior forward Isaiah Hicks, the reigning ACC Sixth Man of the Year.

It seems like just yesterday when Hicks was an incoming five-star recruit; during his freshman season, Roy Williams deployed Hicks as a small forward in some gigantic lineups — just to get him on the floor. That pushed Hicks away from his comfort zone: causing havoc near the rim. He’s attempted just six career 3-pointers since arriving in Chapel Hill, and five of them took place that initial season. Hick took only 36 shots as a freshman, and he connected on a career-low 41.7 percent of them. Since then, though, he’s gotten closer to the basket, and the results have been promising.

To read more on the importance of Isaiah Hicks to UNC in 2016-17, sign up for basic access to ACCSports.com.