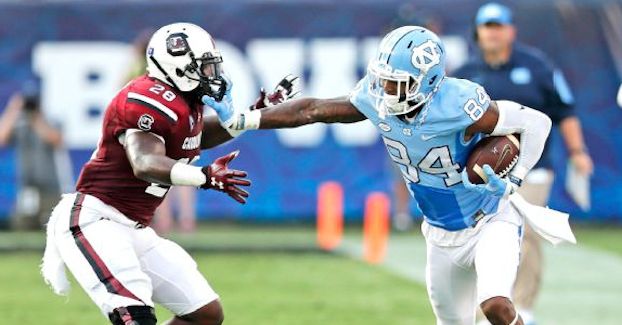 When looking back at the success they had on the way to an 11-3 finish in 2015, UNC coaches and players alike talked about leadership and improved chemistry.

The Tar Heels saw a complete overhaul of the defensive coaching staff the previous offseason, and the four new assistants on that side of the ball, including defensive coordinator Gene Chizik, were able to get the players to buy in.

There were also more seniors on last year’s squad than the 2014 team that ended the year 6-7. Many of those seniors, including quarterback Marquise Williams and defensive standouts Shakeel Rashad and Jeff Schoettmer, played key roles on the field.

But while the changes off the field unquestionably made an impact, the progress the team made on the field led to the winningest season the program has seen since 1997. It didn’t hurt that North Carolina led the nation in yards per offensive play (7.28).

This year, UNC will have to replace three starters on that offense. The players stepping into those roles aren’t totally unfamiliar faces, either.