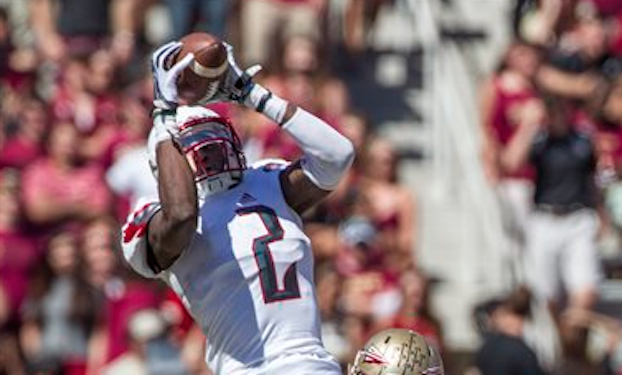 Jamari Staples hauls in one of his four catches against Florida State last season. (AP Photo).

Lamar Jackson has garnered a great deal of attention and praise, and deservingly so, as No. 10 Louisville has jumped out to a 2-0 start. Their star quarterback, however, hasn’t been the only guy making plays for them on the offensive side of the ball. Running back Brandon Radcliffe has been one of the top runners, nationally, the first two weeks of the season: 13.7 yards per attempt, four carries of 20-plus yards. Veteran wide receivers — James Quick and Jamari Staples — have been in the mix, too. Last month, ACCSports.com published a story how those two where flying under the radar in terms of production at the receiver position, and through the first two games of the season, Quick and Staples, as expected, have risen to the occasion.

To read more on the early season performance of Louisville’s top two receivers, sign up for basic access to ACCSports.com.