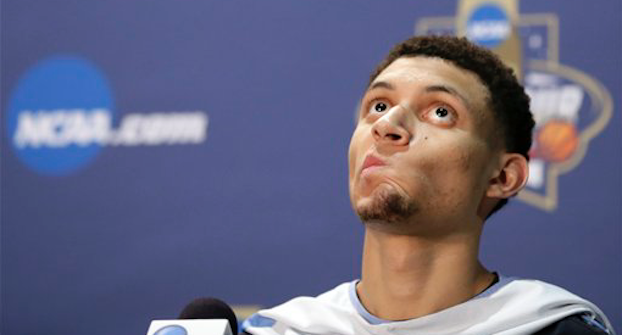 Eric Montross of the Tar Heel Sports Network dropped by The David Glenn Show on Tuesday to talk about North Carolina’s loss to Villanova in the national title game, Roy Williams’ future and the pieces the team has coming back next season.

When asked about underclassmen who could potentially jump to the NBA, Montross didn’t rule out the possibility of any early departures, but he doesn’t necessarily anticipate anyone leaving.

“When you look at this year’s team, I would be surprised,” the former UNC big man said. “There are plenty of scouts that are starting to drool over Justin Jackson and Isaiah Hicks and Joel Berry. And Kennedy Meeks, if he has a good year next year and shows some improvement and adjustments to excel in some areas where he can excel and to hide some of his limitations, he could be a potential guy to go.

“Theo Pinson, who knows? He could be a guy, with his athleticism and length, and if he keeps shooting three-pointers like he did against Syracuse.”

Montross stated that while some of the underclassmen have NBA futures, that doesn’t mean now is the time to make the jump.

“I think that nobody has indicated that they’re ready to go that I’ve heard, but that’s certainly not a finger on the pulse necessarily,” Montross said. “I think all of these kids would benefit from another year, and I think they had good mentors from that standpoint in Brice Johnson, who was a guy that could have gone and decided to stick around.”