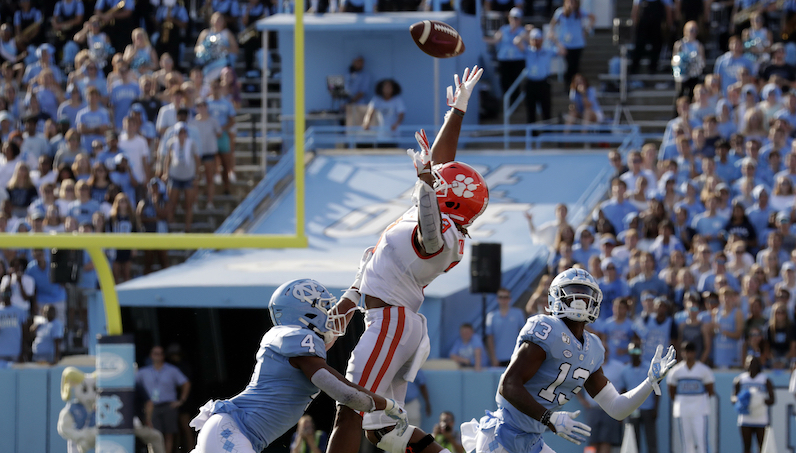 With the end of July rapidly approaching, the ACC has a bit of a de facto deadline to come up with a schedule for the 2020 season. In the college sports landscape of COVID-19, The clock is ticking on ACC football.

After the Big Ten and Pac-12 elected to go with conference-only schedules for the 2020 season, expectation grew that the ACC would follow suit. However, those initial reports were quickly corrected; the league wanted to keep its options open. From the jump, ACC Commissioner John Swofford also made clear that Notre Dame will be involved in the process, too.

According to a report from Stadium’s Brett McMurphy, the league’s top scheduling model for 2020 looks like such: 11 total games. Of that 11-game schedule, 10 games would be conference games — perhaps in a pod-like format. The 11th game, however, would allow teams to maintain SEC non-conference match-ups, like Georgia Tech-Georgia and Clemson-South Carolina.

Earlier this week: Gary Stokan, CEO and President of Peach Bowl, Inc., said all three of the Chick-fil-A Kickoff Games remain as scheduled for early September. Three ACC teams — Florida State (West Virginia), Virginia (Georgia) and North Carolina (Auburn) — are set to play in those games. Under this proposed model, it would seem as though this game would satisfy each team’s lone out-of-conference contest.

In this scenario, as part of Notre Dame’s inclusion, the Irish would play 10 games against ACC programs — with wins and losses counting in league standings.

As McMurphy notes on Twitter, nothing is final; this measure, which is just one possibility, would require approval from ACC presidents.