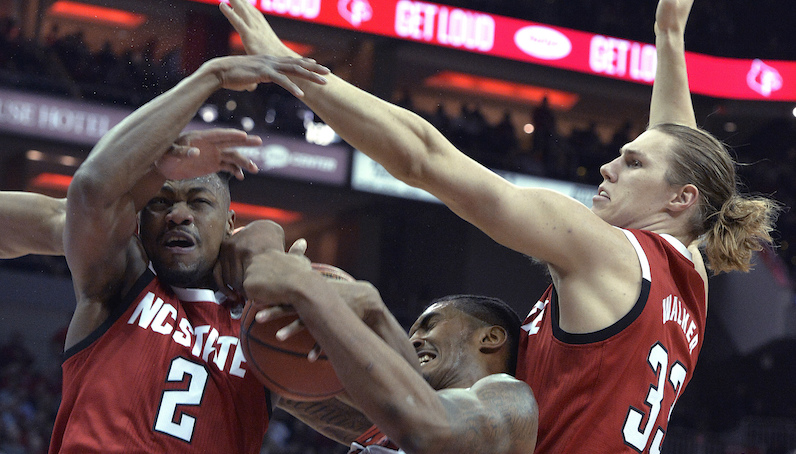 Raise your hand if you’re glad it’s Friday. Enjoy the basketball this weekend, everyone.

On the road at Louisville, NC State fell without starting point guard Markell Johnson, 84-77. The Pack committed 23 turnovers — over 30 percent of its possessions. Louisville, led by Christen Cunningham, went 24-of-29 from the free throw line (82.8 FT%), too.

Kevin Keatts on free-throw disparity: "I guess we've just got to stop fouling. We have to find a way."

Elsewhere, in a dome: Syracuse won its third straight game — 73-53 over Miami. Inside the Carrier Dome, Syracuse splashed 14 3-pointers in one of its best offensive performances of the season: 1.24 points per possession. Miami’s pick-and-roll attack never got going against Cuse’s zone: 0.9 points per possession.

The 2019 McDonald’s All-American rosters were announced this week. Of the 24 player selected for the boys rosters, four are already ACC commits. More could soon follow, too.

Kendall Hinton will return to Wake for the 2019 season

Wake Forest football received some excellent news on Thursday: veteran playmaker Kendall Hinton will return for his senior season. At one point in his career, Hinton was Wake’s starting quarterback, but he moved to wide received in 2018 — six catches for 61 yards and 22 carries for 167 yards and two touchdowns.

BREAKING: Kendall Hinton set to return to Wake Forest for what will be his senior season. Will play wide receiver, and competition at the slot just became intense. Great news for the Deac. Big time playmaker https://t.co/UTAZpU9EFI

Dre Day: De’Andre Hunter continues his growth as an offensive weapon for UVA